15 New Photos of Urfi Javed that Needs Your Attention 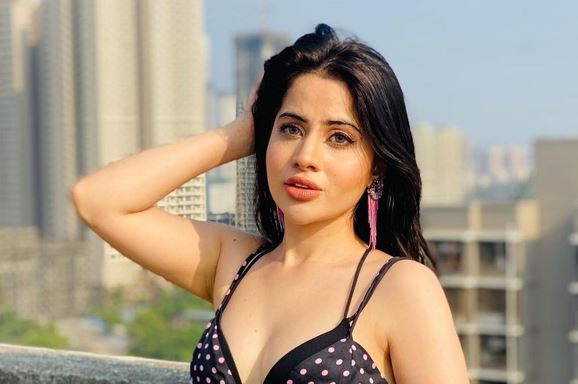 Urfi Javed is always in the news for her quirky and daring fashion sense. She has become the centre stage of netizens with her controversy-sparking outfits. Certain celebrities have voiced their opinion about her dressing sense which has helped to keep the limelight on her. She recently changed her name from Urfi to Uorfi and left fans wondering about the purpose behind the same. One way or another, she just knows how to be in the spotlight. Truth be said, we like her daring attitude and praise her for being what she really is, irrespective of the consequences. Today we go through the 15 glamorous new photos of Urfi Javed that broke the internet and most definitely deserved your attention. 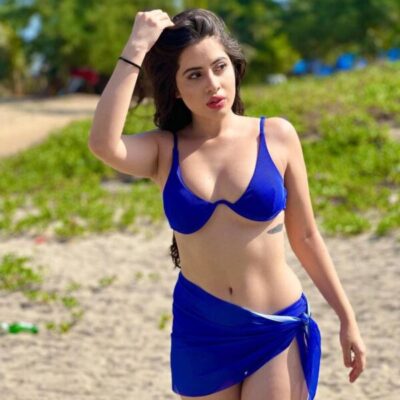 Urfi Javed stunned everyone with this blue attire. Netizens went into a frenzy, and she quickly became a topic of discussion when she dropped this scintillating photo on her Insta handle. 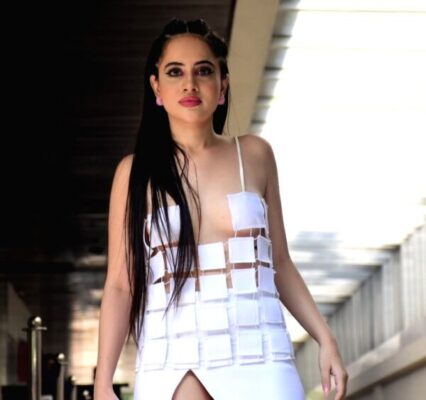 The controversial television actress again grabbed the eyeballs when she turned in this never before seen dress in Bandra. Her one look was enough to send the internet into a frenzy. 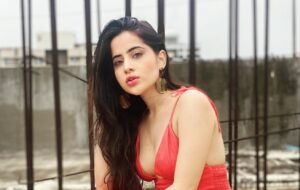 She turned up the heat when this picture of her was revealed. One look from her eyes is enough to give her admirers sleepless nights. The rising star knows how to slay a look, and she displays it effortlessly in this hot photo. Her distant-looking eyes can be interpreted as her desire to seek success.

Also Read: 33 Hot and Bold Pics of Janhvi Kapoor that will Shock You 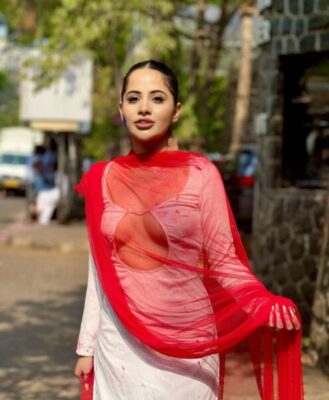 Who would have thought that a suit could be pulled off this excellently? Her glamour just peers straight through our hearts. The fashion sense of Urfi Javed is just extraordinary. 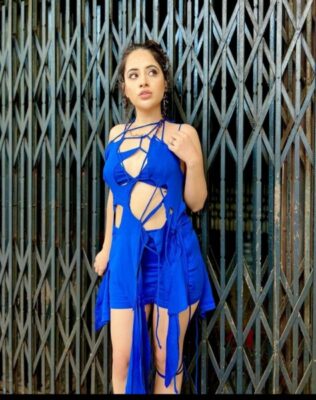 Her quirky fashion taste is quite visibly apparent in this outfit. Hate it or like it, but you just can’t ignore it.

Also Read: 33 Hot and Bold Photos of Nora Fatehi That Will Bamboozle You! 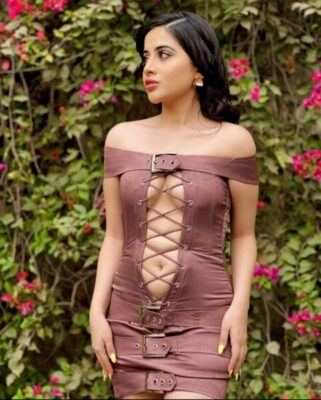 You must be wondering about what this dress actually signifies. Let us just blurt it out; it represents nothing. This is just another way for Urfi Javed to be different and unique. 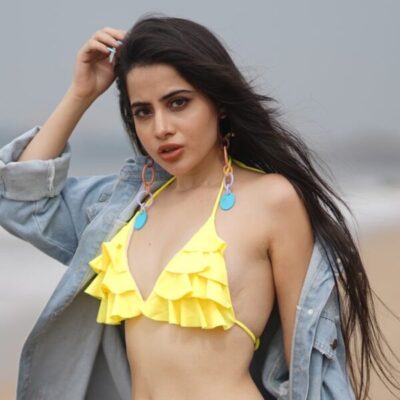 Urfi Javed paired a denim jacket over the yellow bikini to look daring. Her gaze fixed on the viewers gives this photo a unique sense of fearlessness. 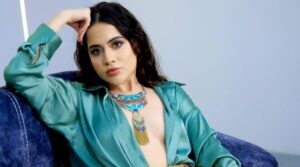 This is her world, and we are just living in it. The picture in front of us clearly speaks that she is here to achieve something huge. Guess what? She can even slay the traditional Indian attire if she wants to. Urfi Javed looks stunning in this royal green saree. 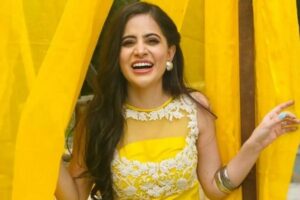 They say a smile is the most beautiful thing a person can wear. So, we had to include this photo that shows off her beautiful and innocent smile. 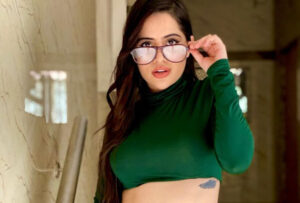 Make way for the research queen. We are serious when we say research queen because it must require a lot of research to come up with these new looks that keep us guessing.

Also Read: 33 Hot and Bold Pics of Disha Patani That Will Shock You! 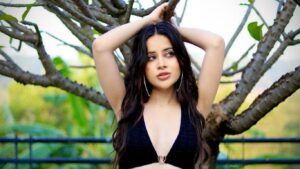 The actress was at her finest when she dropped this picture on her Instagram handle. Hands down one of her best photos ever. Urfi looked gorgeous when she wore this mustard-coloured dress. The sun’s rays falling on her made many fall for her. 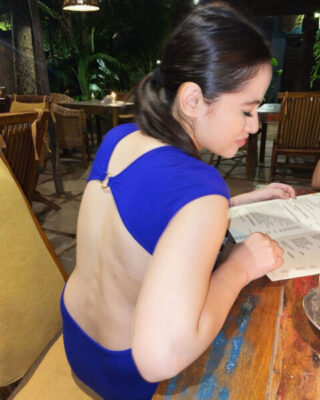 Urfi Javed made a statement with this photo. She chose to show off her acne on the back to symbolise that no one in this world has a perfect body, and each of us is beautiful or handsome in our own ways.

33 Hot Pics of Poonam Pandey That Are Just Too Hot To Handle!

The hot and sexy Poonam Pandey, an actress and model, is known for her outrageous looks that go...
Entertainment

Shehnaaz Gill, a hot and bold beauty, has worked extremely hard to transform herself. She is often referred...
Entertainment

Urfi Javed is an Indian Tv Actress, Model, and Starlet who was born on 15th October 1997 in...
Entertainment

33 Hot and Sexy Pics of Sara Ali Khan That Will Startle You!

The hot, sexy and bold Sara Ali Khan is one of the hottest and sexiest new-gen Bollywood actresses...