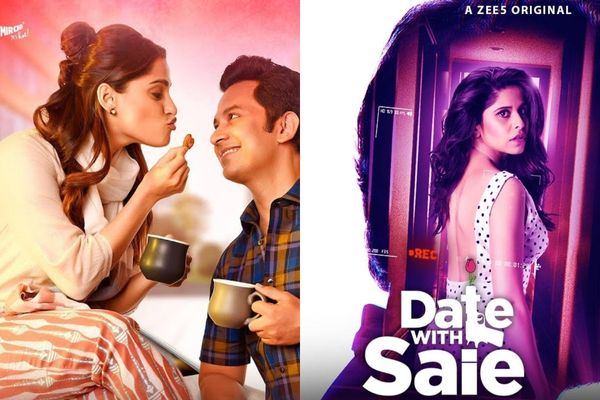 This is a thriller Marathi web series that follows a film star who is stalked by an obsessed fan. The stalker places a hidden camera to track every move of her favourite star. However, the actress in question comes to realise this threat to her privacy, and all hell breaks loose. This is one of the best Marathi web series streaming on ZEE5 in 2022.

Prem He is a good Marathi show that is streaming right now on ZEE5. It follows five different couples in different age groups as they come to terms with their relationship with their spouses and learn various life lessons while solving the issues that arise in their lives. It’s a romantic drama that makes up for a lighthearted watch.

A romantic comedy Marathi web series that’s also streaming on ZEE5. The show follows a guy and a girl who are exactly opposite of each other and like nothing about their counterpart. However, when they are forced to live together, their differences start to disappear one by one.

One of the best Marathi web series to watch on MX Player, Samantar is a thriller that will keep you hooked. The show’s synopsis reads, ” What will you do if you find out that someone has lived the exact same life as you and has already made the choices you are making right now? Sounds intriguing, isn’t it?

This is a Marathi show that you will love if you love to pry into the lives of Bollywood celebrities. The host in this show discusses the life and other things with Bollywood actors and actresses in this talk show. It is streaming on MX Player.

It’s a laugh riot. This Marathi web series filled with comedy is a must-watch on this list. The show is streaming on the ZEE5 digital streaming platform. It follows a young photographer whose life is completely changed when he encounters unforeseen situations in his life. A fun show that you don’t want to miss out on.

Another comedy web series in the Marathi language that will keep you laughing all the time with the antics of two police officers who gets engaged in the hilarious situation while solving crimes. The show is a joyful experience. It is available to stream on MX Player.

A beautiful love story that has its twists and turns to keep you engaged all the time. This is one of the best Marathi web series in the romantic genre to watch on ZEE5. It follows a wealthy businessman who falls in love with a girl and has difficulty winning her over.

A slice-of-life romantic drama that follows a couple in Pune who manage the daily struggles of life while sparing the energy to love each other. This Marathi show is filled with positivity, warmth and love. It’s streaming on MX Player.

This is a thriller in the Marathi language that features Sunny Deol, Sonnali Seygall, Rahul Dev and Ayaz Khan in the lead. The show follows Anamika, an intelligence agent who is chased by evil people. Interestingly she has forgotten everything about her past, which raises the tension and stakes in the series. It’s one of the best Marathi web series to watch online on MX Player.

MX Player is filled with sensual thrillers and some of the sexiest web series that you can watch...
Offers

If you're someone who has been into online content over the popular OTT channels then you must have...