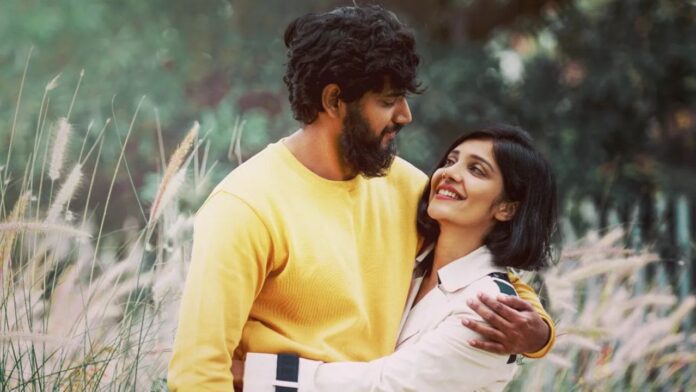 Kannada romantic movies have always fascinated people with their engaging storylines that have managed to keep people hooked from the beginning till the end. The best romantic Kannada movies have been known to entertain people with great plot twists. These romantic films are perfect to watch with your partner on special occasions to make your day even more romantic. So without waiting any further let’s find out the best Kannada romantic films to watch online.

One of the best Kannada romantic movies of all time, Geetha has a poignant storyline. Software developer Akash is a cynic who rejects the concept of love. His view of love is forever altered when he hears about his father’s sad romantic past.

This romantic Kannada film boasts a pure love story that will make your heart melt. Anitha’s rejection of Amar, a bright law student, fills him with rage. However, he is detained for a horrifying crime when he tries to advance in life.

This is one of the highest-rated Kannada romantic movies of all time. Meera, a 16-year-old student whose parents are typically at work, is frequently left alone. When she falls in love with a boy in her class, a bad event completely upends her life.

Without a doubt one of the best Kannada romantic movies of all time. A man who has never been able to cry has heartbreak after falling in love with several different women and his relationships with them do not work out.

Preetham is in love with Nandhini but is devastated to learn that she has already been married. When she challenges him to earn her heart, everything changes. It has been hailed by critics as one of the best Kannada romantic movies of all time.

In the hopes that cupid may favour them, Rachana convinces her brother to meet Ithihasini, the sister of her boyfriend. However, things change when he is tricked into falling in love with another girl.

This Kannada romantic film will surely get you tipsy just like the drink. After disturbing Krishna during one of their passionate moments, Narada is sentenced to dwell on earth as a regular person. Narada must wed for love in order to break the curse, but there are many obstacles in his way. This is regarded as one of the best Kannada romantic movies by many viewers.

Veena, who is wed to Hemanth, captures Abhishek’s heart. When an obsessed Abhishek decides to kill Hemanth to get him out of the way, things start to spiral out of control. This is certainly one of the best Kannada romantic movies to watch right now.

Also read: Top 10 Telugu Romantic Movies of All Time to Watch on OTT

Adi, who appears to be living a normal life, is nevertheless dealing with the death of his wife, Nidhi. Sihi, a charming young lady, offers a ray of hope when she agrees to assist Adi.

Last but not least on the list of best Kannada romantic movies is this beautiful film. Adi reflects on his love life after saving a woman and tells her about all the heartbreaks he experienced while looking for his true love.

Bipasha Basu is a talented and versatile Indian actress who has appeared in numerous films throughout her career....
Entertainment