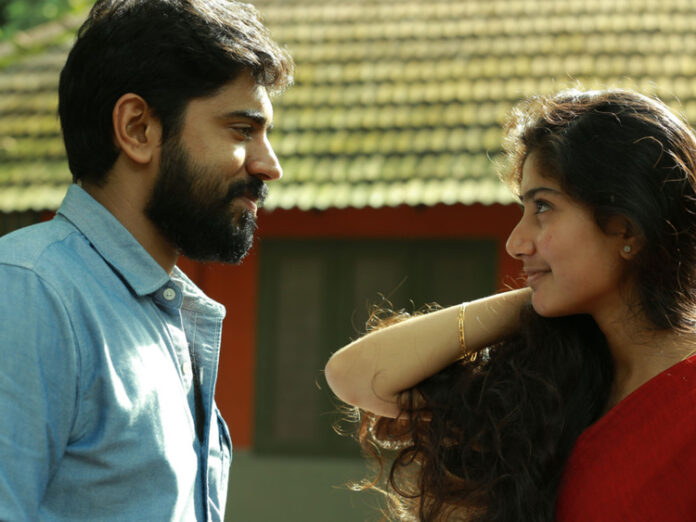 Premam is one of the best Malayalam romantic movies of all time. It has an IMDb rating of 8.3/10. Malar, a college lecturer, reignites his love interest as George’s first romance ends in disappointment. Through numerous stages of his amorous journey, he discovers his calling. It’s a sweet love story that will keep you hooked. The film was released in 2015 and you can watch it online for free now on Disney+ Hotstar.

With an IMDb rating of 8.1/10, Hridayam is certainly one of the best Malayalam romantic movies of all time. Despite enrolling in an engineering institution, the young man Arun develops undesirable habits. As he gets older, he makes the decision to change for the better and mature into a responsible adult. You can stream this movie on Disney+ Hotstar.

Another critically acclaimed Malayalam romantic film with a solid rating of 6.6/10 on IMDb, 100 Days of Love is meant for all lovers out here. A journalist and his schoolmate eventually cross paths and fall in love, despite their tumultuous past as kids. He discovers that she is engaged to another man just as he makes the decision to capture her heart. You can watch this romantic film for free on YouTube.

If you love romantic movies that have a bit of comedy then this is the best movie for you. Arjun, Kuttan, and Divya, cousins, realise their childhood aspiration of moving to Bangalore. They encounter obstacles that change their life as they embrace the warmth of the city. This film has an IMDb rating of 8.3/10 which makes it one of the best Malayalam romantic movies to watch. It is available to stream on Disney+ Hotstar.

Fans of romantic thrillers this movie is for you folks. It has an astonishing IMDb rating of 8.5/10. Saji, Bonny, Bobby and Franky, are siblings who rarely get along. However, a sequence of circumstances compels them to put their differences aside and stand by one another. It is definitely one of the best Malayalam romantic movies of all time. You can watch it on Amazon Prime Video.

A young woman accidentally calls a man’s number and immediately falls in love with him. But when she travels to his city to meet him, Roy, a total stranger, enters her life. You must have been baffled after reading the description of this film. However, don’t be too hasty as this movie has a great mystery at heart. Kappela has an IMDb rating of 7.5/10 with an interesting plot making it worthy of being called one of the best Malayalam romantic movies to watch. You may stream it on Netflix.

This is one of the most latest films to be included in this list of best Malayalam romantic movies to watch online. Kanchanamala, a Hindu, and Moideen, a Muslim, are in a relationship. They finally get together after suffering many hardships, only to fall prey to a cruel fate. The movie has an IMDb rating of 8/10. You can stream this film on Disney+ Hotstar.

Irfan, a young Muslim lad, develops feelings for Anita, an older Hindu woman. However, the couple turns to the police for assistance when their families object to their connection. Will they be able to get happily married or is there a twist in their beautiful romantic story? Find out now by watching this Malayalam romantic film on Amazon Prime Video. This film has an IMDb rating of 6.7/10.

Neena, a single mother and French tutor, shares a home with her daughter, who is looking for a husband. When a young man and a veteran army major move into their building, their lives are soon changed. It would have been a crime to not include this movie in the list of best Malayalam romantic movies to watch online. You can stream it on Netflix. The film has an IMDb rating of 6.9/10.

Last but not least on the list of best Malayalam romantic movies is Harkrishnan, a film that was released in 1998. The movie has an IMDb rating of 6.9/10. The official synopsis for the movie reads- The authorities believe Gabriel is the assassin who assassinated college lecturer Guptan. A girl asks her famous lawyer brothers for assistance in establishing his innocence. You can watch it on Disney+ Hotstar.

Nicolas Cage is a highly acclaimed actor who has appeared in numerous movies throughout his career. Throughout his...
Entertainment