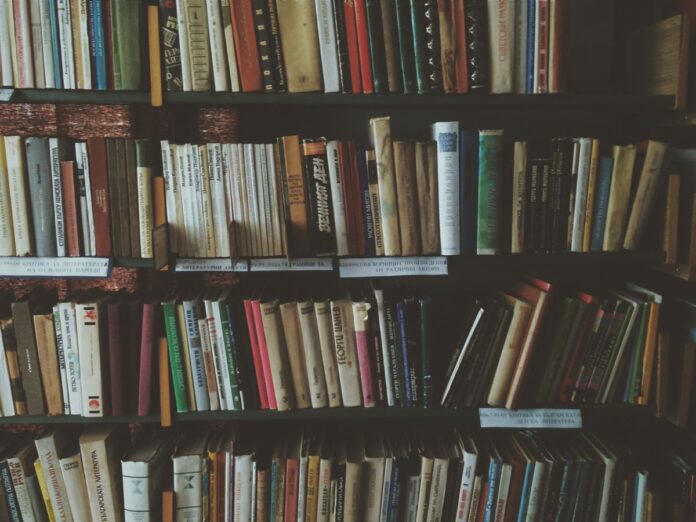 The literary scene in India has been booming in recent years. This is due to more and more Indian authors taking up the pen to write about the myriad experiences and stories that make up this country. If you’re looking for a worthwhile Indian novel to read, you’ll be spoilt for choice.

To help you out, we’ve compiled a list of the 10 best Indian novels that you should read, especially if you’re a youth. These books deal with a range of topics, from history and politics to romance and spirituality.

So, without further ado, let’s get started!

There are many great Indian novels that can inspire and enlighten young people. Here are 10 of the best ones to consider:

The Guide by RK Narayan

R.K. Narayan’s The Guide is a classic Indian novel that has been loved by readers for generations. The story follows the life of Raju, a tour guide who becomes famous for his knowledge of the historical city of Mysore. But as Raju’s fame grows, he starts to lose touch with reality and becomes embroiled in a world of greed and corruption.

The Guide is a beautiful story that highlights the best and worst of human nature. It is a must-read for specially youth who enjoys classic literature.

The God of Small Things by Arundhati Roy

The God of Small Things is a novel by Indian author Arundhati Roy. The novel tells the story of the innocent love between two young cousins, Rahel and Estha. It also reveals the devastating effects of caste discrimination, social prejudice, and political violence on their lives.

The God of Small Things is a powerful and moving novel that highlights the importance of love, family, and hope in the face of adversity.

The White Tiger by Aravind Adiga

The White Tiger is one of the best Indian novels by Aravind Adiga that tells the story of Balram Halwai, a young man from a village in India who dreams of making it big in the city. Balram is eager to leave his poverty-stricken life behind and make something of himself, but he quickly learns that the city is not as glamorous as he had imagined. As he struggles to find his place in the world, he becomes embroiled in a world of crime and corruption.

The White Tiger is a novel that explores the dark side of the human soul. It is a story of ambition, greed, and power, but it is also a story of hope and determination. Balram is an unlikely hero, but he is a compelling character who will stay with you long after you finish the book.

R.K. Narayan’s Malgudi Days is a classic work of Indian literature. The novel is set in the fictional town of Malgudi and chronicles the lives of its residents. Narayan’s writing is known for its straightforward style, and Malgudi Days is no exception.

The novel has been adapted into a television series and a film, both of which are highly acclaimed. If you’re looking for an introduction to Indian literature, or if you’re simply looking for a great read, Malgudi Days is a great choice.

The Inheritance of Loss by Kiran Desai

The Inheritance of Loss by Kiran Desai is a novel that examines the aftermath of the British Raj in India. The novel centers around a young man named Saeed, who is living in New York City in the present day, and his elderly grandfather, who is living in India. The grandfather is awaiting the return of his former servant, who he believes will help him regain his lost property and status. However, as the novel progresses, it becomes clear that the grandfather is living in a past that no longer exists and that Saeed is struggling to find his place in a world that is rapidly changing.

The Inheritance of Loss is a beautifully written novel that explores the themes of loss, identity, and belonging. It is a must-read for anyone interested in postcolonial literature.

Azadi by Arundhati Roy is a compelling and thought-provoking novel about a young woman’s journey to find her place in the world. Told through the eyes of the protagonist, Leila, the story follows her as she comes of age in a world that is filled with violence and oppression.

Although the novel is set in India, it is relevant to readers all over the world. This is because they are struggling to find their voice in a society that is often filled with injustice. Roy’s writing is beautiful and poetic, and her characters are rich and complex. Azadi is a powerful and necessary read for anyone who is looking for a story that will challenge them to think about the world in a new way.

Train to Pakistan by Khushwant Singh

Train to Pakistan by Khushwant Singh is a historical novel set in the time of the Partition of India in 1947. The novel tells the story of the violence and bloodshed that took place during this time, as well as the personal stories of the people who were affected by the events.

The novel is a harrowing and brutal account of the Partition. However, it is also a moving and human story that shows the resilience of the human spirit in the face of great adversity. Train to Pakistan is an important work of historical fiction that captures the horror of the partition and the strength of the human spirit.

The Rice Mother by Rani Manicka

Rani Manicka’s novel, The Rice Mother, tells the story of a woman named Lakshmi, who is born into a poor family in rural Malaysia. When Lakshmi’s mother dies in childbirth, her father is left to raise her on his own. He does the best he can, but Lakshmi is determined to make something of herself. She eventually leaves home and makes her way to the city, where she becomes a successful businesswoman.

The Rice Mother is a fascinating story of one woman’s journey from poverty to success. It is also a window into the culture of Malaysia, which is not often seen in Western literature. If you are looking for a book that will both entertain and educate, The Rice Mother is a great choice.

A Suitable Boy by Vikram Seth

Vikram Seth’s “A Suitable Boy” is a book that challenges the reader to think about what it means to be Indian in the modern world. The book follows the lives of four families who are all striving to find their place in society.

The book is incredibly detailed and provides a rich and nuanced portrayal of Indian culture. It is also a very long book, clocking in at over 1400 pages. However, this is not a book that you will want to put down once you start reading it. “A Suitable Boy” is a masterful work of fiction that is sure to leave a lasting impression on its readers.

The Great Indian Novel is a historical novel by Shashi Tharoor that was first published in 1989. The novel is set during the time of the Indian independence movement and the subsequent partition of India. It follows the lives of several fictional characters from various social backgrounds as they navigate the political and social landscape of India during this time.

The Great Indian Novel is a highly acclaimed work of fiction that has won numerous awards. It is considered to be one of the most important novels of the 20th century and is required reading for many students of Indian history and literature.

Tamil novels have come into the limelight again after the adaptation of Ponniyin Selvan by Mani Ratnam as...
Lifestyle

Are you looking for the best Indian romantic novels to read? If so, you're in luck! We've compiled...
Lifestyle

Writers like Premchand, Dharamvir Bharati, Kamleshwar and more are considered legends in the Hindi literary world for writing...
Lifestyle

Tamil novels have come into the limelight again after the adaptation of Ponniyin Selvan by Mani Ratnam as...
Lifestyle