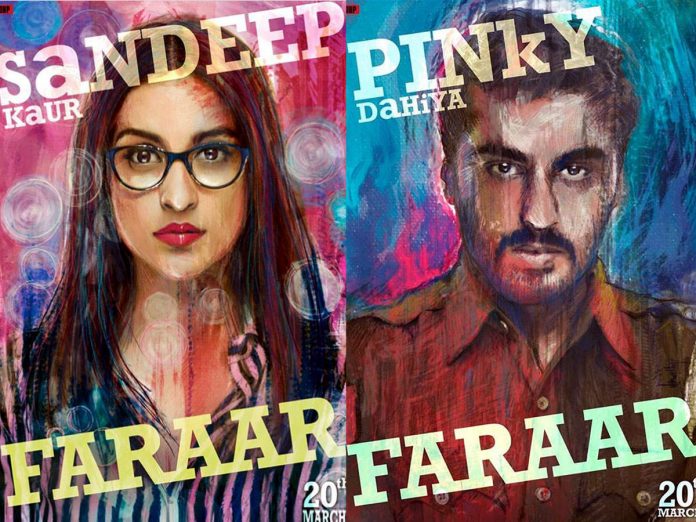 ‘Sandeep aur Pinky Faraar’ is a story that’ll take you to two different worlds in the watch time for a single movie. The performance delivered by Parineeti Chopra and Arjun Kapoor is phenomenal in addition to the writing at hand by Dibakar Banerjee and Varun Grover.

Sandeep Aur Pinky Faraar is a dig at multiple things wrong with our society. The main backdrop of which is being held by the patriarchal society and how women are treated as ‘not that important even after being much more qualified.

Well, that just the first thing that would amaze you, and after that, like the movie, you’d progress to see how a hardboiled ex-cop Pinky turns into a different person after coming in contact with Sandeep. Who is an independent woman who deals with only elites or the top tier people of the society only to turn into someone who gets to fry daal and make chapatis.

Now, their lives are intertwined due to some tragedy but they still hold onto each other due to personal interest and the movie smoothes into a very good narrative.

But as we have seen in recent times, people are more into giving hate than appreciating arts, this movie is getting ridiculed by many for being another addition in the line of films that promotes nepotism.

Well! You’re free to do what’s right but you should not leave a chance to watch such a strong story when given a chance due to some ill biases.

Moreover, Varun Grover is the second writer for the script and he is known as a comic that has been taking digs at everything wrong in his playful way for since long. So, it makes the story and the overall plot even more interesting with such a valued addition.

Previous article‘Friends: The Reunion’ Is All Set to Stream on Zee5 in India on May 27 12.30 PM IST
Next articleEternals Trailer Out, Money Heist Date released and More News about Friends Reunion
Flickonclick