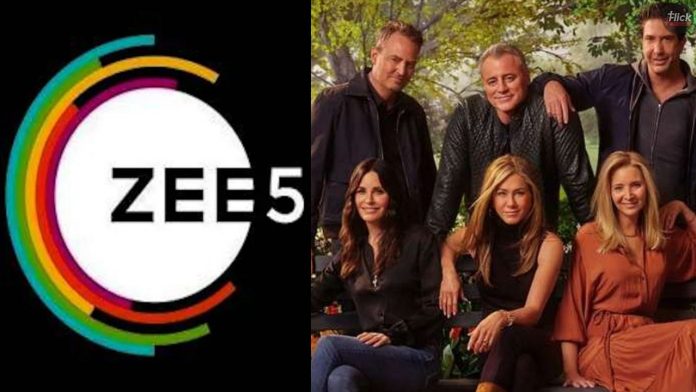 What can be greater or important news for Indians than Friends: The Reunion being telecasted on Zee5 in India! Indians deserve to celebrate this moment as they were tensed and scratching their heads when they figured out that the release of the episode is seemingly impossible as HBO Max is unavailable in India.

Zee5 announced on Sunday that the release of the most awaited Friends reunion special will happen on its platform, though we didn’t hear when it would release. Manish Kalra, Chief Business Officer, Zee5 India said, that we are excited and proud to bring over the premiere of Friends reunion on our platform for our Indian audience. 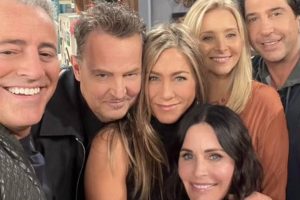 “Friends is the most loveable American sitcom all over the world, and this would be our pleasure to make the availability of the reunion special episode for Zee5 fans in India, as this would also give an opportunity to our Zee5 fans to laugh and enjoy with excitement,” said Kalra in his statement.

What time will Friends Reunion Telecast in India and US?

Friends: The Reunion will be premiering on May 27 at 12 am PT on HBO Max in the US, which translates to 12:30 pm IST. Indian fans are hoping that the episode will premiere at the same time but we haven’t got any word from WarnerMedia on this.

To many people, Zee5 seems to be an improper choice to host a reunion special as the streaming platform has always shown great interest in Hindi-language shows other than English-language tv shows. And this is going to be the first time that Zee5 is partnering with WarnerMedia, before Zee5 WarnerMedia had built its extensive ties with Netflix, Disney+Hotstar, and Amazon Prime Video.

Netflix is the hosting partner of all 10 seasons of Friends alongside other TV shows produced by Warner Bros television. That is why it is a bit confusing for fans to accept the fact that WarnerMedia is going with Zee5 to host their spectacular episode on this platform.

Let us see if Zee5 is going to change its subscription plans in the last remaining days or will make them cheaper for its audience. If something happens like this, then that would be a great initiative from the streaming platform.

All of the Friends’ main cast includes a trio of the most beautiful ladies – Jennifer Aniston, Courtney Cox, Lisa Kudrow, whereas, another trio of classy gentlemen – David Schwimmer, Matthew Perry, Matt LeBlanc. Fans are really glad that all six are back together for the last time on the same stage, Stage 24, at the Warner Bros Studios.

The reunion special is going to be totally an unscripted episode and the makers have clearly mentioned that this is not going to be a sequel of the original show and the cast will be acting themselves the entire time.