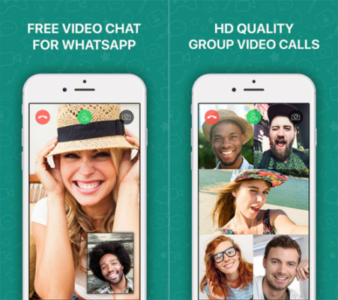 Facebook-owned Whatsapp upcoming features are quite to look up to. Whatsapp is known to add a tonne of features in their instant messaging app, every now and then. Earlier this week, some new renders have shown up on the internet regarding some new features. Some of these updates are modifications of the previous ones while others are quite new.


As per the latest reports of WAbetainfo(WhatsApp news for iOS, Android, and Windows), the WhatsApp upcoming update might be considering adding more colors in the Dark Theme feature. Adding to this feature could be the Search By Date feature, Whatsapp call on Web, Storage Usage Section, and Whatsapp-Messenger Rooms. 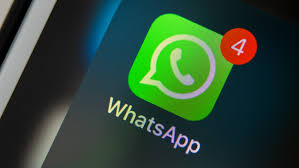 This feature will allow the user to search a particular message or a thread of messages by the date. As per the screenshots released by WABetaInfo, you can easily find a calendar icon on the bottom right of the messaging dialog box.

Though the screenshot is available for the version of Whatsapp for iOS. For the Android user, a search option may be directly provided in the top bar. The Search By Date feature is in the early stages of testing and could be expected in the latter part of the month.

Add Colors in the Dark Theme

Early in 2020, Whatsapp was spotted to release a Dark Theme mode in their new update. Since then, some beta users have come across the feature and the mode was not released officially. Now, with these screenshots, it is easy to find that this news might be true.

Another screenshot shared by WABetaInfo shows that there would be a positive color change that would help the eye strain of the user when they will access the app in a low-light environment in the upcoming WhatsApp update. In the images, the grey, bright yellow, and green colors are visible.

Adding more to the Dark Theme, the source also said that the feature might be upcoming in the new 2.2025.5 Update. Once the mode is enabled, users can enable this feature by clicking WhatsApp Settings > Theme. This feature-update is currently under the alpha phase and would be coming soon.

WAbetainfo has also shared the fact that users could now voice and video call on the Whatsapp Web mode. The feature, which is planning to integrate the “Group Video Call” feature, will be available for both iOS and Android. Adding to this feature is the “Group Meeting Calls”.

Earlier this month, it was revealed that Whatsapp might be joining the app with the Messenger Rooms. The coalesce would allow users to connect up to 50 members on a video call. This update is quite good as it would give tough competition to other video calling apps such as Zoom and Google Meet.

Finally, we have the redesigning in the storage device section. In this new feature, users will now get a view list of all the send/received files via messaging. The option is called the “Forwarded Files” option and will be present in the Storage Usage section.


This feature will also allow the user to sort the files by size, date, and modification time. Not only does this mean that you can point out the files at a particular day or time, but you can also delete any unwanted images, videos or files, permanently from the app itself.

Click here to know all about Whatsapp updates and more.

How to set your Whatsapp Chat option to “Always Mute’? Checkout

Popular chat app, WhatsApp, has now finally released its much-awaited feature, where one can finally mute their chats...
News

Interesting news for iOS users. WhatsApp has come up with its new interface in the latest update, released...
News

Google has announced a new feature that lets you turn yourself on Google. In this new feature, users...
News

Facebook Is Ready to Pay For Your Voice Recordings

Facebook, who has been taking heat for stealing private user information has now come up with a new...
Entertainment

If you are a music lover then we know how much eager you are to share your favorite...
News

Every time we hear something about the launch of Nokia's new installment, the Nokia 9.3 PureView launch delayed...
News

Have You Updated to ‘WhatsApp Pink’? You Better Not and This is The Reason Why

During the last couple of days, there has been a Whatsapp message circulating among the masses that says...