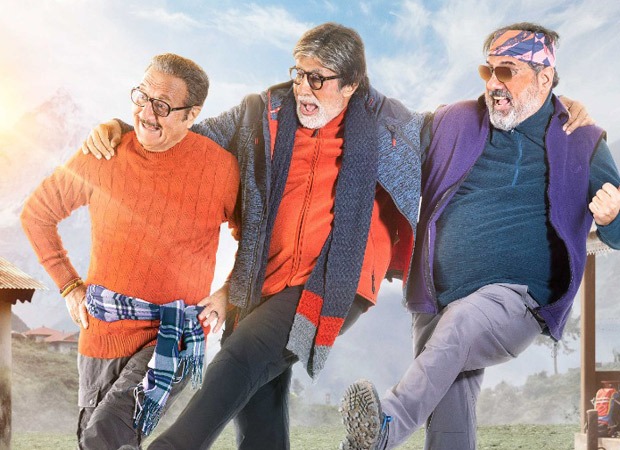 Uunchai Movie Review: The beautiful bond of friendship is wonderfully explored in this emotional and inspiring movie. All cast members are fantastic with their roles, making it a perfect film to celebrate friendship, courage and determination.

Uunchai Movie Story: Four friends on the cusp of official retirement age in India share a beautiful bond of friendship. One of them, played by Danny Danzongpa, had always dreamt of scaling the heights of Mount Everest and conveyed his feelings to the gang. However, before they all can take any action, the character played by Danzongpa dies, which sets in motion the ultimate journey of the other three friends to defeat the odds and train to scale Mount Everest and give a deserving farewell to their deceased friends.

Uunchai, directed by Sooraj Barjatya, is unlike all his previous films that needed a lot of pomp and show. This is an unconventional choice for Barjatya and his first attempt at making something ordinary in terms of grandeur but stimulating, motivating and inspiring on a different end. The film is brilliant and showcases friendship as one of those bonds that can motivate you to achieve the impossible at times.

Amitabh Bachchan is, as usual brilliant. When was the last time he had a given performance that we did not like? We don’t even really remember. That’s how good he has been over the past few years. He is wonderful to watch on the screen, and his presence exudes an aura that just attracts the viewers towards everything he does or says in the film.

Boman Irani and Anupam Kher are always true to their roles. They are naturals who have reached this stage due to their hard work and dedication. They are equally as good as Bachchan in this flick. Neena Gupta and Sarika are also fantastic in their roles. However, the one who steals the spotlight in this film at certain points is Parineeti Chopra, in her role as the instructor who helps the trio of Amitabh, Boman and Anupam to prepare for Mount Everest.

And what can we say about Danny here? He is just easy on the eyes in this film. His dream and conviction are what motivate his friends. We loved him, and he delivered a solid performance. Music in Uucnchai is also fabulous. It complements the storyline and delves you into that motivation that the trio of friends feel.

All in all, it’s a beautiful film that deserves to be watched in the theatres with the closest of your friends.