Top 10 Best Movies and Shows To Stream On Sonyliv 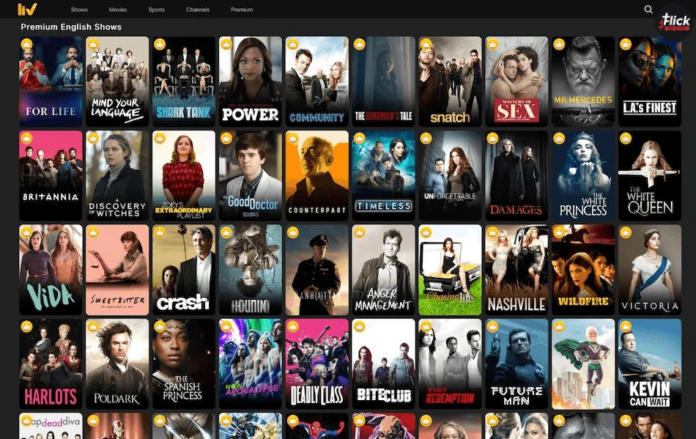 People are looking for shows or intriguing movies online because there are a number of thrilling, great web series/shows and movies releasing every week as cinemas are running with numerous limits. Though there will be much new content available across all OTT platforms, we will highlight a few that are currently available on India’s most popular streaming platform, Sony Liv.

We’ve compiled a selection of the most engaging content that you can watch without hesitation; this list is definitely binge-worthy. So, here are the top recent releases that we have distilled for you from across the Over The Top (OTT) platforms, so you don’t have to worry about what to watch and what not to watch.

These are the top-rated Web Series/TV Series accessible on Sony LIV; some are critically acclaimed, such as Scam 1992, which will return with a new tale in its second season.

Pratik Gandhi and Shreya Dhanwanthary play pivotal roles in Scam 1992, a financial thriller. The series is based on Sucheta Dalal and Debashish Basu’s 1992 book The Scam: Who Won, Who Lost, Who Got Away, which analyses the real-life events of stockbroker Harshad Mehta. It was introduced on the platform in October 2020 and quickly became the most popular show on the platform. Following the success of the show, the makers have announced that a sequel to Fraud 2003, based on the Abdul Telgi 2003 scam case, will be released in March 2021.

The crime comedy series Simple Murder follows a failed entrepreneur who gets himself into problems after becoming implicated in the murder of a politician’s daughter. In the show, Mohd. Zeeshan Ayyub, Priya Anand, and Amit Sial play pivotal roles. Simple Murder aired on Sony LIV on November 20, 2020, and has a 6.8/10 IMDb rating.

Gullak is a family drama that is one of Sony LIV’s highest-rated series, with a 9 out of 10 IMDb rating. The series’ first season debuted on the video-on-demand platforms TVF Play and Sony LIV on June 27, 2019. It is divided into two seasons, each of which has ten episodes. The show’s plot centers around the Mishra family, with Jameel Khan portraying Santosh Mishra and Geetanjali Kulkarni portraying Shanti Mishra. Anand and Aman Mishra are played by Vaibhav Raj Gupta and Harsh Mayar, respectively.

Maharani Web Series, starring Huma Qureshi, is partly based on the life of former Bihar Chief Minister C.M Raavdi Devi. It aired on May 28, 2021, to mixed reviews, with critics praising Huma’s performance. The showrunner is Subhash Kapoor, who co-wrote the screenplay with Nandan Singh. Kangra Talkies is the production company behind the film.

Kathmandu Connection, directed by Sachin Pathak, is set in the 1990s, against the backdrop of a series of terrorist bombings in Mumbai in 1993. (Bombay then). As DCP Samarth, Amit Sial takes on the role of the cop. The critics applauded his performance on the show. There are six episodes in this crime thriller series.

Also read – KGF 3 Shoot to Start after Salaar, Marvel like Universe in the Works

Avrodh: The Seige Within

The series is based on the Uri incident of 2016, with Amit Sadh playing Para SF Major Videep Singh. The show is based on a chapter from the book India’s Most Fearless by TV reporters Shiv Aroor and Rahul Singh. Shanu Singh Rajput and Raj Acharya are the directors. Avrodh: The Seige Within is a critically acclaimed and popular television series produced by Applause Entertainment in collaboration with Irada Entertainment.

JL50 is a science fiction thriller web series starring Abhay Deol. Veteran actors Pankaj Kapur and Piyush Mishra also play important roles in the film. Shailender Vyas is the showrunner, as well as the show’s writer and director. Under the banners of Vision 20 Entertainment, Golden Ratio Films, and Flying Dragon Entertainment, it was backed by Ritika Anand and Abhayanand Singh.

In the year 2022 Himi J. Bhabha and Vikram Sarabhai are the subjects of this biographical drama. In this web series, Jim Sarbh and Ishwak Singh nailed their characters. Rocket Boys is a Sony LIV original Hindi Web Series directed by Abhay Pannu and produced by Roy Kapur Films and Emmay Entertainment.

All eyes on August now with new titles and new seasons on OTT platforms that bring with them...
Offers

How to get a free OTT subscription of Sony LIV and Voot in 2022?

Are you all time user of OTT services for a great level of entertainment? Voot and Sony LIV...
Entertainment

You may be aware that the Best Tamil web series are also dubbed in many languages, including Hindi...