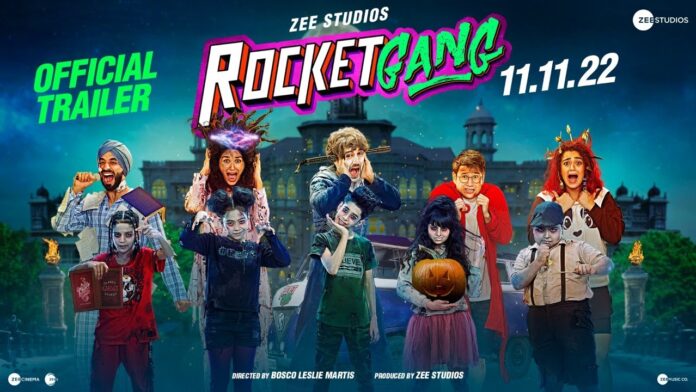 Rocket Gang is a Bollywood musical comedy movie starring Aditya Seal, and Nikita Dutta is going to release in the theatres on 11th November 2022. The movie is a kind of horror comedy that aims to produce good laughs with kids being the centre of attention. Here we have covered the Rocket Gang OTT Release Date, OTT Platform, TV Rights and More.

The OTT platform, similar to the OTT release date of Rocket Gang, is not yet finalized. However, Zee5 is the frontrunner for acquiring the film’s digital rights because Zee Studios is producing the movie. According to the sources, Zee5 will announce that it will release the film on its OTT platform in December 2022. Therefore, expect the Rocket Gang to arrive soon on Zee5.

Rocket Gang is directed by Bosco Leslie Martis, and the story of the film is also provided by him. Renowned music composer Amit Trivedi is directing the music in this film. The movie will be clashing with three other Bollywood movies in the theatre, including Uunchai, Mister Mummy and Thai Massage.

Liked this article about Rocket Gang OTT Release Date and OTT Platform? Do share it with your friends and family.