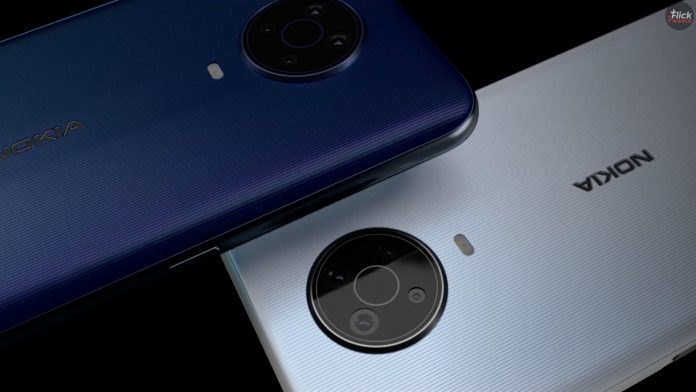 Tech lovers will again witness another miracle produced by Nokia as the company’s intentions of taking technology to next level are ablaze. Nokia G20 has been finally launched in India as the latest budget-friendly smartphone which allows its users to experience high-end technology by not so spending much on the device.


Now, HMD has gone ahead with the launch but rather silently. When a smartphone is released with a couple of more color variants, isn’t it gives a sense of satisfaction? The same is happening with this model as the company has announced its availability in two colors and a single RAM and storage configuration. 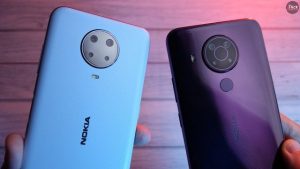 After hearing that this device holds a quad rear camera setup should trigger the excitement of photogenic people and who love to do photography. The phone is powered by an octa-core SoC and the company claims that the device can last up to three days on a single charge.

Wouldn’t it be surprising to hear that this beast device is available at a price of Rs. 12,999 for the sole 4GB RAM and 64GB storage variant? This device is available in two mesmerizing color variants that will make up your mind to buy it immediately. It is offered in Glacier and Night color options.

It would be harsh to underestimate this device as the dual-SIM (Nano) Nokia G20 runs on the Android 11 operating system along with two years of guaranteed updates promised by the company. The display stretches to a 6.5-inch HD+ display with a 20:9 aspect ratio and a top-notch for clicking fabulous selfies with the front camera.


The customers get attracted when they hear that the device is supported with octa-core MediaTek Helio G35 SoC with 4GB RAM and 64GB ROM. Users are getting an option to expand the storage space via a microSD card up to 512GB.

It’s time to capture spectacular and amazing photographs with this phone as it is supported with a quad rear camera setup that includes a 48MP primary sensor, a 5MP sensor with an ultra-wide-angle lens, a 2MP macro shooter, and a 2MP depth sensor. The front side is supported with an 8MP selfie shooter to capture the most fascinating selfies.


The dimensions of the device are 164.9 X 76.0 X 9.2mm and weigh 197 grams. Talking about connectivity options, then this device includes Wi-Fi, 4G, Bluetooth v5.0, GPS, NFC, 3.5mm headphone jack, and a USB Type – C port for charging. Nokia G20 is backed by a 5,050mAh Lithium-Polymer non-removable battery with support for 10W charging. Sensors onboard include an ambient lighting sensor, proximity sensor, accelerometer, and gyroscope.

Previous article
WhatsApp “View Once” Feature in Beta Testing Phase: How to Send Disappearing Photos and Videos
Next article
CBSE Board Exams Update: Exams To Be Conducted In Two Terms and Other Details
Flickonclick

The current year has brought a rewarding experience in terms of new smartphones and technology in India. While...
Technology

Motorola Company started its new year by launching a new smartphone under the Motorola One series in the...
News

Nokia is in preparation to launch their new Nokia Power Earbuds Lite, officially named as BH-405. It's a...
Technology

If you were waiting to buy a new beast then the time has come as Realme X7 Max...
Technology