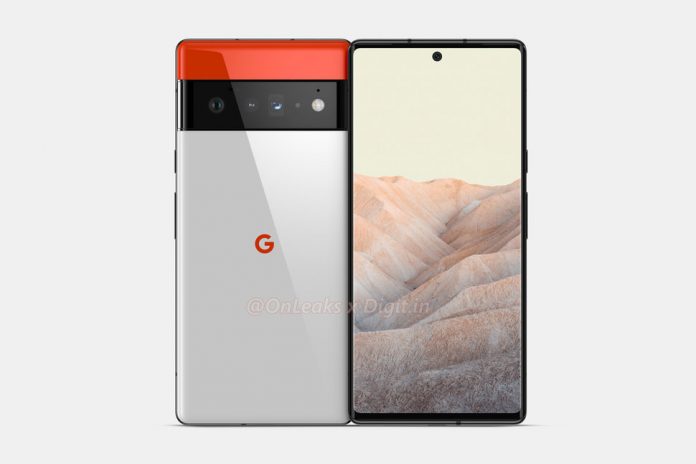 Google Pixel 6 will be available on October 19, according to a tweet post from Google. The Android manufacturer is holding a digital grand opening to reveal the Pixel 6 and Pixel 6 Pro as its new flagship smartphones. Both new Pixel smartphones were introduced in August, with some specifics. However, we may anticipate Google to release specs and other relevant details at the launch later this month. 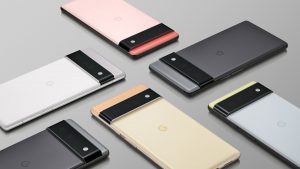 At the Pixel 6 event, Google may also reveal its much-anticipated Pixel Watch as well as a preview at its first foldable smartphone, speculated to be the Pixel Fold. The event will start on October 19 at 10 a.m. PT (10:30 p.m. IST), according to a tweet from Google. A website devoted to the Pixel Fall Official Launch has also been built, which reveals the front of Pixel 6 line. It is worth noting that the Pixel 6 release date has been revealed soon after the release of Android 12, which has yet to be sent out to Pixel devices. The google Pixel phones will come pre-installed with the most recent android operating System.

Here’s a sneak peek at the newest Google Phones powered by Google Tensor – the brand new chip designed by Google, custom-made for Pixel.

Both are coming later this year.

We’ll tell you a little about them in this 🧵 👇

Google has revealed some official photographs of the Pixel 6 and Pixel 6 Pro from the back, with the design confirming various leaked models and demonstrating a significant divergence from prior Pixel devices The Pixel 6 Pro will look identical to the Pixel 6, however it will have three camera lens on the back rather than two.

A tall, wide projecting camera housing covers the breadth of the phone, separating two shades, and Google has stated that the 6 Pro would have a “light polished aluminium finish.    It is also rumoured to have an under-display fingerprint reader, which makes sense given that the actual sensor has been relocated to the back.

According to speculations, the Google Pixel 6 Pro will have a 6.67-inch or 6.71-inch screen, making it bigger than the Pixel 5 and the Pixel 4 XL, which had a 6.3-inch screen.

The Pixel 6 Pro is expected to include a Quad HD+ display as well as a 120Hz refresh rate, allowing it to rival with the Samsung Galaxy 21 Ultra and the OnePlus 9 Pro. While nothing is being officially confirmed, the resolution and screen refresh rate have emerged in speculations, with the 120Hz display dubbed Smooth View and the panel dubbed 3120 x 1400 pixels.

It’s also said that the frame rate will be possible to dip to 10Hz when the Always on Display is engaged, however it’s unknown if this will be the case on a regular basis, like Samsung does. As previously stated, the Pixel 6 Pro will have an under-display fingerprint reader and a gently curved screen at the corners.

The Google Pixel 6 Pro will include Tensor, the company’s custom framework – learn more about it here. The chip includes a new Titan M2 securities directly, and it was built to support all machine learning and ai operations, from computer vision to real-time translations.

We don’t know how strong Tensor is supposed to be; leaked benchmarks show it ranged from mid- to sub-flagship, but it’s likely that it’ll be comparable with high – end smartphones by 2020.

Other rumours suggest that the Pro will include 12GB of RAM and memory configurations of 128GB, 256GB, and 512GB. It also has a 5000mAh capacity, according to reports. The PIxel 6 Pro is also expected to offer 23W wireless charging, according to the leak of a new higher-powered charging station, and there’s talk of 33W wired charging support as well. According to rumours, the device will also offer reverse fast charging, which it will call Power Share.