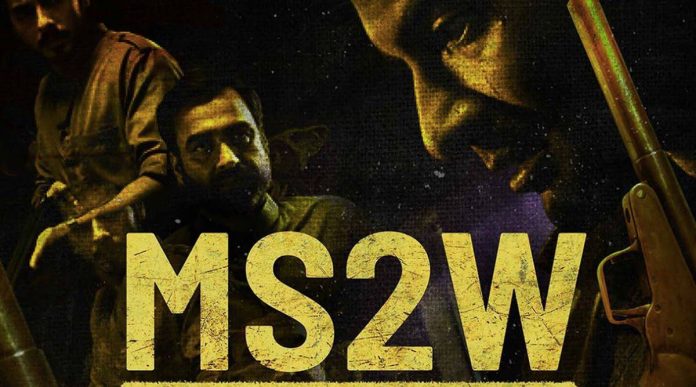 Mark the dates and get your fill of popcorns ready, its back, the most awaited Indian web series is back. Yes, Mirzapur season 2 is coming back on Amazon Prime om 23 October 2020.

The details of the release are dropped by Amazon Prime in a new trailer for Mirzapur season 2. Now, finally, we will get to grab the second half of the story which will be having our own wounded Guddu in the center of the chaos.

If you’re continuing further than make sure you’ve either watched the season one or are not affected by spoiler because it contains some.

The last season ended with the death of Guddu’s partner in everything, his brother Bablu and his beloved wife sweety by the hands of Munna bhaiya. The reason being that Guddu started to become his father’s favorite and someone who he can never be or dreams of.

The newly dropped trailer is very intense and an echo of outraged but calm Guddu’s voice can be heard saying ‘Took everything from me and left me alive to suffer, you’ve done something very very wrong. And sheer vengeance can be felt when the 56 seconds trailer gives you serious goosebumps.

Excel Entertainment produced the show and Ritesh Sidhwani from Excel had this to say after the new trailer drop “Bringing thrilling and untold stories from India’s hinterland without losing authenticity has been our biggest win. All the praise that season one of Mirzapur has received, not just in India, but across the globe, is heartening. It pushes Excel Entertainment and Amazon Prime Video to continue the momentum with the second season of the show.”

Creator of the show  Puneet Krishna said, “The love and appreciation that the show has garnered since its launch has been simply overwhelming. Taking it a notch higher, we are certain that the audiences are in for a visual treat in the sequel.” He added, “Seeing their excitement for season 2 for months made each one of us deliver a performance that matches up to the scale at which the show has now placed itself. We are thrilled to take fans to another dynamic world of Mirzapur that they have been waiting for a very long time.”

And while talking about a trending topic, how can we leave twitteratis out of the limelight? We cannot as they always make their mark, which is what they’ve done after the release of Mirzapur’s 2 teaser video.

" #MirzapurSeason2 Release Date Announcement is out …" 🔥

#Mirzapur2 set to thrill viewers with a riveting narrative

Me after realizing that both #Mirzapur2 and #KGFChapter2 will be released on 23rd October pic.twitter.com/0YSf9ZS8lt

The return of Kaleen bhaiya. pic.twitter.com/ub6ZrYjzXs

Let’s see what the new season packs in for us and by the looks of it, seems like it’s going to be a massively thrilling ride.

Amazon Prime Video is one of the best OTT streaming services, with tons of content from every genre....