While the nation was locked inside during the outbreak, major film banners released their movies on different streaming services this year. While the watchlist on Netflix, Amazon Prime, and Disney+ Hotstar kept on adding more titles over the past few months, we cluttered out some of the best and worst movies released in 2020.


Here are the top 10 movies to watch on Netflix, Amazon Prime and Disney+ Hotstar ranked from best to worst. The above mentioned five are a must watch and most recommended for the viewers. 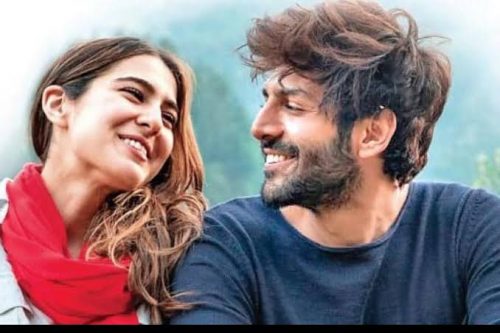 Angrezi Medium defines bonding and the “Desi” relationship of a teenage girl and her father who has always been there since her wife’s demise. While pursuing her dream to study abroad, the duo lands in London which brings new chapters of their relationship. The last theatrical release of the late Irrfan Khan’s, Angrezi Medium is one of the best works we will ever see from the gem actor.

Starring Taapsee Pannu, Thappad portrays the life of a middle-class couple who lives a normal life, work along with daily household chores, and follow a general family routine. All was going well for the couple when one day, the man, in misled anger, slaps his partner. Thappad is a must-watch story of a woman’s fight against her family, in-laws, and the stereotypes of the Indian society against marriage and the overall status of the women.

Starring the iconic duo Amitabh Bachchan and Ayushmann Khurrana, Gulabo Sitabo is a nose-picking slow-paced movie which makes you fall in love with the roadsides of Lucknow and the bickering fight of a greedy landlord (Mr. Bachchan) and his tenant (Khurrana) who fight over the ownership of their centuries-old “Haveli” with a mocking storyline and a twisty and unexpected ending.

Starring Sanjay Mishra, Kamyaab shows the life of an actor who is about to shoot his 500th film. Over the course of preparation, learning dialogues, and rehearsing, he feels the absence of his true self against all of his previous 499 characters. Now, with his long legacy, he wants to enjoy his life with his family and tasting the true essence of life.

Starring Akshay Kumar, Kareena Kapoor Khan, Diljit Dosanjh, and Kiara Advani, Good Newwz revolves around the life of two ‘Batra’ families who choose IVF to start a fresh life with kids. Little do they know that their semen sample somehow mismatched and exchanged within the two. A comedic bash movie added with a personal touch of love and care is what makes Good Newwz a must watch a movie.

Here we have our equalizer. While stepping into the swirls of haunted stories, Dharma Production may have left some loopholes in their latest storyline. While Vicky Kaushal (URI: The Surgical Strike and Masaan) kept his work at his toes and delivers a character of a lonely shipping officer, this movie is a good and one-time watch for the viewers.

Malang showcase the life of Advait who met Sara (Disha Patani) in Goa and eventually the two falls in love. Soon after their life comes across unexpected outcomes, Advait is on a killing spree within the new city. While the movie story is predictable and filled with loopholes, Anil Kapoor’s presence and Aditya Roy Kapoor’s physique may have saved the movie.

Baaghi 3 portrays the life of two brothers, Ronnie (Tiger Shroff) and Vikram (Ritesh Deshmukh). Despite being a cop, Vikram is the one who is being saved by his brother. While on a trip to a third world country, Vikram is held captive and Ronnie will do anything to save his innocent brother. Despite previous successful installments, Baaghi 3 is an “OK” movie for most of Tiger Shroff’s fans.

Shikara revolves around the life of a arrange couple who are fighting against the Kashmiri Pandits the after scenarios of the announcement of Section 370 in the country. With a noticeable amount of loopholes and not backed up with a great investment of resources, Shikara fell short with its success among its viewers.

Love Aaj Kal 2 follows the lives of two couples, one set in a modern era background while the other living in the late 90s. The movie shows the world of reality and imagination between careers, relationships, family pressure, and internal dilemmas. While the first movie changed the Bollywood young romance, the second one concluded long before its predecessors.

These were some of the best and worst movies of 2020 to watch!

Best Romantic Web Series in Hindi on Netflix India in 2023

Class is an upcoming suspense thriller web series on Netflix India adapted from the Spanish show Elite. It...
News

Shoojit Sircar is one of the most iconic directors of Indian cinema. He is formally known for capturing...
Offers

If you are always looking to make your weekends and holidays special, then nothing can be better than...
Entertainment

You may want to blame the pandemic this year too. But don’t worry it is our responsibility to...