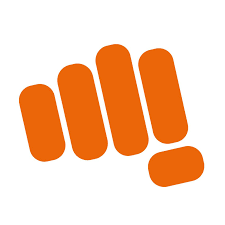 Micromax, an Indian mobile phone company which boomed through the India market for their featured full yet affordable mobile devices, is ready to make a comeback to the market.


In the last few years, the company has been absent from the scene and their places have been taken in by competitors such as Xiaomi, Oppo, and Vivo.

But since, we’re seeing a little too much hate towards Chinese Manufacturers, an Indian brand respawning to fill in the shoes at this time might not be a bad idea at all.

The launch is set for November 3rd, 2020 and we’ll be getting to see Micromax come back to life with the launch of their two new devices namely, Micromax In 1 and In 1A.

The details on the devices are yet to be out and we’ll only confirm after their launch on the mentioned dates. But before that, the cofounder of Micromax, Rahul Sharma revealed and gave a sneak peek at the two devices in a Youtube video with the ever-popular, Technical Guruji.


The video features him flashing the two devices and we’d get to look at the back panels of the devices shown. A slight glance from the front side is also given in the video.

Also, Micromax Official Twitter account took it on themselves to showcase, or let’s say give another sneak peek at the devices by releasing some of the device photos, before the actual launch.

India is incredibly beautiful. Our upcoming smartphone display gets you fully immersed in it. #INMobiles unveiling on 3rd Nov, 12 noon. Are you #INForIndia? #MicromaxIsBack pic.twitter.com/U2qhdbzFR4

According to the rumors, the device featured in the video was Micromax In 1A. The device looks beautiful and has an X mark which is visible as we rotate the back, in the form of a hologram-like structure.

Moving on, the rumors also claimed that this device is the higher-end model with the all-new higher-end MediaTek G85 under the hood with a Quad Camera setup, which was pretty much visible in the video. They were shown in two colors namely Green and White.

The current year has brought a rewarding experience in terms of new smartphones and technology in India. While...
Technology

Elon Musk, the new owner of Twitter, has announced that the blue tick or the verification badge on...
Technology

OnePlus Nord 2 5G has entered the tech market and got launched on Thursday. Some modifications have been...
Entertainment

Earlier this week, Hitesha Chandarnee, a social media influencer, took to Twitter a video of her getting assaulted...
Technology

Poco M4 5G will be available in India on April 29, according to Xiaomi spin-off Poco. The nomenclature...
Technology

Samsung continues to produce offspring to its old series devices. Recently, Samsung launched new additions to its A...