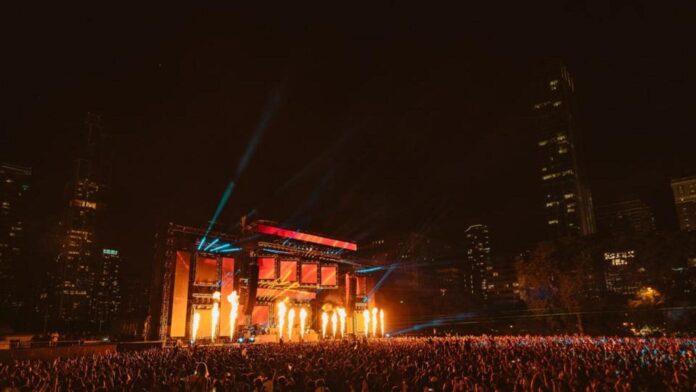 Lollapalooza, the annual American music festival, is now coming to India in 2023. Instead of its traditional four-day event, Lollapalooza India will have two days of a music festival in 2023. The event will take place at Mahalaxmi Race Course in Mumbai on the 28th and 29th of January, 2023. If you love grooving to multi-genre music, this might be the best opportunity to catch some of the most diverse music artists under one roof.

Lollapalooza India 2023: All You Need to Know

Lollapalooza has collaborated with BookMyShow in India to organise its 2023 music festival. BookMyShow is also the co-producer of Lollapalooza India with Perry Farrell and C3. The tickets for the event are sold online at lollaindia.com.

Lollapalooza will give about 60,000 fans the opportunity to witness the live multi-genre music event over two days. A total of 40 music artists are going to perform at the event on 4 stages during the two days of the festival.

The official Twitter handle of Lollapalooza India Tweeted about it and wrote, “THE MOMENT WE’VE ALL BEEN WAITING FOR! 40 artists across a wide variety of sounds, styles & eras. This is Lollapalooza India 2023! Tickets out now on 𝘄𝘄𝘄.𝗹𝗼𝗹𝗹𝗮𝗶𝗻𝗱𝗶𝗮.𝗰𝗼𝗺.”

Music can help anyone with stress or anxiety and can help you relax. It does not matter where...
News

The number of COVID-19 cases in India is rising every day and that time has arrived in the...
Lifestyle

The Defence Ministry on Sunday announced the ban on 101 items "beyond given timeline". The Defence minister Rajnath...
Lifestyle

Goa attracts tourists all year round because of its famed nightlife. You can't claim to have experienced Goa...
News

Recently, the government has announced certain tax benefits and compliance reliefs for the taxpayers who are facing hardships...