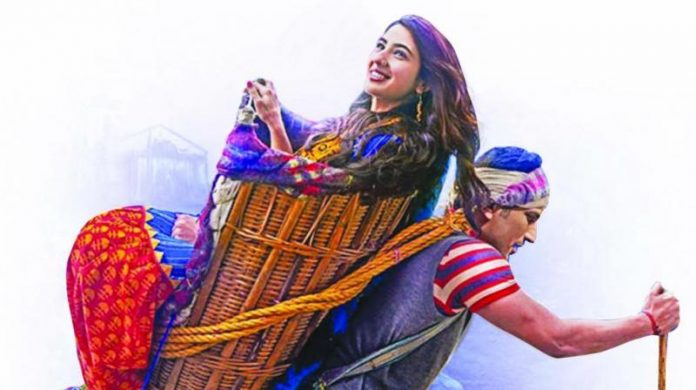 The news of Bollywood Movies actor Sushant Singh Rajput committing suicide on Sunday has shocked fans across the globe. He made his acting debut in 2008 with ‘Kis Desh Mein Hai Meraa Dil’ on Star Plus TV. It was a heartbreak for everyone.

The show, along with Zee TV’s ‘Pavitra Rishta’, shot to fame. He made a name for himself in the film industry as well with his stellar performance. His film debut came in 2013 with Kai Po Che and he has earned several awards in his seven-year-long career.

Here’s a list of Sushant Singh Rajput best movies that impressed critics and audiences worldwide which are available for you to stream online:

In this movie, Sushant plays a dacoit who’s from the Chambal area. The actor definitely took a gamble with this film.

Other actors in the Abhishek Chaubey film included Ranvir Shorey and Manoj Bajpayee. Despite this, he managed to stand out and leave an impression on viewers.

By playing both a middle-aged man and a college student, Sushant Singh Rajput managed to show off his acting skills.

The movie, which was directed by Nitesh Tiwari, focuses on suicidal thoughts and started a necessary dialogue around the same topic.


The actor played the role of a character with the same name as the title in the Dibakar Banerjee directorial film. Although it did not do so well in the box office when it released in 2015, it is critically acclaimed.

After its release, however, a cult following has developed for the film.

This movie is, without a doubt, the most popular film the actor has done. Sushant Singh Rajput plays cricketer M.S. Dhoni.

He managed to perfectly ace the mannerisms of the legendary cricketer and delivered an exemplary performance. It was directed by Neeraj Pandey and released in 2016.

Based on the book “The 3 Mistakes of My Life”, written by Chetan Bhagat, this movie was the actor’s debut film. It was directed by Abhishek Kapoor and starred Amit Sadh and Rajkummar Rao.

Sushant played the character of a cricketer who plays at the district level. Soon, he becomes involved in a communal riot.

Sushant Singh Rajput does not play the lead role in this film. However, his cameo appearance won him a lot of praise nonetheless.

His role as Sarfaraz Yousuf and the love story he shares with Anushka Sharma’s character gives the movie an emotional touch amongst the comedy. It was a blockbuster hit as it garnered 854 crores at the box office.

Sushant plays the character of a Muslim porter in this Abhishek Kapoor film. His character falls in love with a Hindu priest’s daughter. The movie explores love, its restraints, and nature’s wrath.

The film wasn’t something that blew people away, but his performance definitely was. In fact, his acting has definitely made the film one that’s worth watching.

The last film he filmed was the Hindi remake of the movie “The Fault in Our Stars” and the movie is currently in post-production.