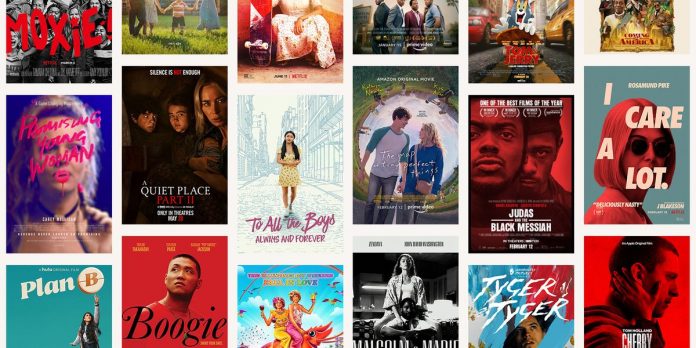 Regardless of the fact that cinemas in India have begun to operate, we saw some exciting and major movies release straight on OTT in September. Many long-awaited movies are now making their way to theatres after a long wait. Does this imply that OTT platforms will be deprived of new content? As contrast to the previous two years, streaming platforms like Netflix and amazon prime, Hotstar and Voot etc. have created a niche for themselves, and quality and original stuff are not a problem. 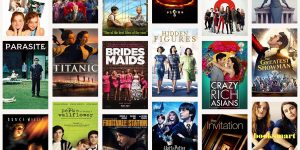 We’re happy to tell you that another seven days are jam-packed with fascinating titles to keep an eye out for. Filmmakers are the pick of the bunch, with at least one being released this week on all popular OTT services

Dig into the universe of NASA procedures with this unique movie, which offers a rare look at a spacewalk as it develops. The six-episode series features Captain Chris Cassidy as he dons his spacesuit for one more trip to the heavens and delves into the problems that come with such operations, with members of the team putting their lives and careers on the risk for the good of mankind.

This television series resurrects the time of life traditional procedural crime thriller, trying to bring back one of the most-watched television drama of the twenty-first century. The series will tackle the distinctive tough crimes that made the original series renowned, with actors William Petersen and Jorja Fox returning their respective roles. The television series, which documents the adventure of a team of investigators who use their knowledge to investigate horrible murders, combines old and new characters to bring this classic narrative back to life.

The release date is October 7th.

This funny series focuses on the lives of Samantha, a freelance writer, and Jay, a chef, who inherit a large country house only to discover that it is infested with the souls of departed tenants of the decrepit property. The gathering of eclectic ghosts has a mental breakdown when they realise Samantha is the first alive being who can listen and see them, causing hilarity as the pair attempts or trials made to turn the property into a bed and breakfast.

The release date is October 8th.

This reality show, a genuine pleasure for creative food gourmets, attempts to achieve exactly what the title suggests: make baking an exceedingly tough process. The concept follows numerous two-person teams, each consisting of a baker and an engineer, as they work together to create surprising culinary structures. Their inventions must not only taste delicious, but also withstand numerous stress tests. Follow these amazing ‘Bakineers’ as they collaborate to create edible floating boats, mini-golf games, skyscrapers, and more.

This unique documentary blends the worlds of athletics and crime, bringing to light six incredible stories. The episodes explore a variety of events, including the biggest match-fixing incident in Italian football and the damaged reputation of South African cricketer Hansie Cronje. First-person reports of players, coaches, and law enforcement personnel engaged in these high-profile incidents lend credence to these stories.

Also read- What to Watch This Week: 6 Best Movies and Shows on Disney+Hotstar, and BookMyShow Platforms

Our Earth is an appreciation of Justin Bieber’s songs, looking into his life and following the lead-up to his first performance in 3 years. The show focuses on Bieber’s relationship with his fans and the uplifting power of a concert during a challenging and depressing pandemic. It also follows the Grammy Award winner’s New Year’s Eve 2020 event on the Beverly Hilton’s balcony, which was witnessed by 240 spectators and live-streamed around the globe.

Available on Amazon prime on 8 October

Joe and Love are a husband-and-wife parenting Henry, their newly born son, in a California suburb. Joe’s fascination with his neighbour, Natalie, endures despite a fundamental shift in their relationship. This time, Love will make certain that her goal of a perfect family is not shattered by Joe’s deeds.

Available on Netflix on 15 October

The character, 70-year-old Judith Albright, comes into the mansion following a stroke and, being lacked the capacity to care for self, finds her residence at the manor difficult due to terrible visions. When her fellow inmates begin to die, she tries in vain to persuade authorities that there is a terrible presence on the premises. With everyone persuaded that Judith’s warnings are the consequence of dementia, she has no choice but to go before the evil catches up with her.

Previous article
10 Hidden Features of Netflix that you must know
Next article
Netflix Bad Sport Review: The Most Notorious Sports Controversies
Flickonclick

Uddhav Thackeray, the state's chief minister, stated on Friday that all cinemas and theatres will reopen on October...
Entertainment