Tom Cruise & Elon Musk plan to shoot a movie in space, an absolutely unusual idea in the entertainment world. So, you’ve watched Interstellar, Gravity, Lost in Space and similar kind of Movies and Tv Shows which take you into the earth’s outer orbit. But you know that it’s all a work of Green screens and a VFX crew adding graphics in post-production. 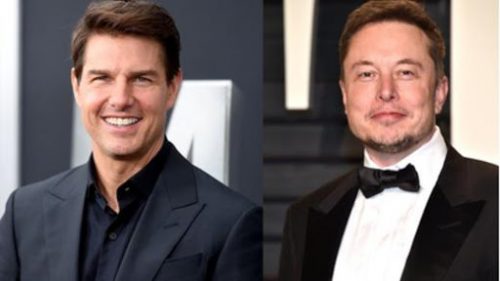 While this has been true up until now, Tom Cruise wants to take it to another level for he is looking forward to shooting an actual Space feature film in Space. Quite a bold move by the actor, right?

But while this may seem like a hoax statement or something which could be called a mere dream. The possibility of such a movie coming over the next few years is quite high.

The reason is that Tom has been in touch with Space X, CEO, and our own new daddy who messed up his child’s name recently, Elon Musk. Now, He is someone known to invest in bizarre ideas and concepts, you can look at X Æ A-12 for reference.

Not alone Elon Musk but NASA has been in contact too and they are also interested in the project.


Which could possibly mean two things that Tom Cruise might become the first actor to go to outer space and that we have a really cool feature film waiting for us in the future.

Space X has been working on its StarShip project which has a payload section with enough room for a film crew and could also be used to take supplies and stuff in and out of earth’s orbit.

While this may seem fascinating, it surely not an easy task. But still, we are talking about Tom Cruise and Elon Musk, two men who always take things to the extreme.

If you remember watching Tom climbing up Burj Khalifa, the tallest building in the world, or jumping out of a plane in one of his Mission Impossible series. Then you surely know what we are talking about.

All we can do now is wait for the news to be dropped and expect that the movie to be completed without any problems, for we are talking about shooting in space.


While all this seems good, the shooting and further discussion might not take place any time soon due to the Pandemic situation. So, if we are expecting something then we’d at least have to wait for some more time.

Till then sit back, relax a little more and enjoy the lockdown time for its soon going to be over.

Every August, Amazon adds a tonne of titles of movies, series, and Amazon Originals on Amazon Prime Video....
News

Elon Musk has been in limelight for so many reasons weather its good or bad. Now, he has...
Entertainment

We all know that NETFLIX never disappoints us, and always have something entertaining to watch when the holidays...