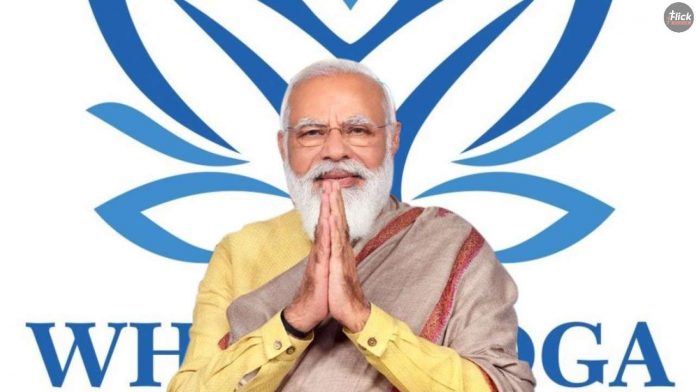 The International Yoga Day has been celebrated all over the world annually on June 21 since 2015, and in 2014, India proposed it in the United Nations General Assembly. Yoga is a mental, physical, and spiritual practice that originated in India and has been practiced since ancient times.


On the morning of the International Yoga Day, Prime Minister Narendra Modi addressed the nation and the world, wishing everyone for the occasion that arrives only one time every year. He also unveiled a new yoga application, known as the ‘mYoga’ application which is now available on the Google Play Store. 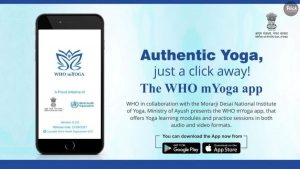 The best thing about this application is, that it is accessible all over the world and its only purpose is to deliver the benefits of Yoga to millions via audio and video training modules in different languages.

Importance of Stretching for Your Fitness Goals


During his speech, Prime Minister also said, “When India proposed International Yoga Day in the United Nations back in 2014, our only intention was to tell the world about its positive mental, physical, and spiritual impacts. And this time, our true purpose for building this application is to make this yoga science accessible to the whole world.”

“This has been another important step by us towards making the world aware of the importance of yoga in one’s life after collaborating with WHO. The M-Yoga application will have yoga training videos and audios in different languages that will make it was for people who are living across the ocean. This will also help us in our ‘One World, One Health’ motto.”

Apart from WHO, the application is a work of collaboration with Yoga & Naturopathy, Ministry of Ayurveda, Siddha and Homeopathy (Ministry of Ayush), Unani, and Government of India too. You can also visit the WHO official website to know more about the application and as per the website, the application was developed through a review of scientific literature and extensive international expert consultation processes.


One major concern has been taken care of in this application as the M-Yoga app will never ask for your personal information or any access to your device, in short, it will never collect data from users at all and it has been built for people aged between 12-65-years-old. Currently, the application is available in three languages, that is, Hindi, English, and French. The developers will add other UN languages in the upcoming months.

While celebrating the occasion virtually, Prime Minister Narendra Modi said, “During the pandemic time, the enthusiasm for Yoga has never gone down which is a remarkable thing to hear and to get inspiration from. The ‘Yoga For Wellness’ theme for this year’s International Day of Yoga has encouraged and inspired many people to perform Yoga. My prayers are always for people to keep them safe and healthy during this time.”


Jacqueline Fernandez Is Running Top In Her Fitness Game, Here 5 Fitness Lessons You Should Learn From Her

Previous articleJacqueline Fernandez Is Running Top In Her Fitness Game, Here 5 Fitness Lessons You Should Learn From Her
Next articleSide-Effects of Watching TV Late at Night, Know Before You Indulge In Your Next Binge-Watching
Flickonclick

Brighten Your Mornings With These Homemade Healthy Juices

For decades, healthy juices made with concoctions of vegetables and fruits are preferred along with breakfast every morning...
Fitness

Masks have become a part of our lives but we can't ignore the side effects of wearing a...
Fitness

Marijuana Known to Lower IQ in Adolescents: Find Out More

January 30, 2021: Marijuana or cannabis, can actually make you dumb! Regular consumption of this substance comes with...
Fitness

There are days when you are running errands and suddenly your body feels fatigue and you have no...
Fitness

Stretching is something usually not that hard and any individual who's not on the worse of health can...
Fitness

Holidays are here and all we can think of during this season is partying with family, friends and...