Instagram discreetly pulled 2 of its independent apps from the iPhone App Store and Google Play. Hyperlapse application (iOS only), which launched in 2014, and Boomerang, which launched the following year.

Hyperlapse and Boomerang were removed from both app stories on March 1, but their end comes only days after Instagram announced the closure of another stand-alone application, long-form video creation service IGTV.

Furthermore, at the time of its withdrawal, Boomerang was still generating 26,000 installations per day, according to the company. Boomerang, on the other hand, was available on both the Apple App Store and Google Play, whereas Hyperlapse was exclusively available for iOS.

Social media posts about the removal of Hyperlapse and Boomerang apps

Instagram did not issue a big statement about the deletions on its account. Although, a few individuals, including a social networking consultant and People on Twitter, posted about the deletion of Applications.

It’s not unexpected that these two apps have been decommissioned. Both were created to provide Instagram users with more creative tools without clogging up Instagram’s main app.

Instagram has removed its standalone Boomerang and Hyperlapse apps https://t.co/ovoSOLuPKr

However, the company’s fears about cramming too many functions into its main app have long since faded. Instagram now allows users to browse photo and video postings, Stories, short clip content such as TikTok (Reels), live stream, online buying, limited-time product deliveries, and other features.

There’s so much happening on Instagram now that the firm has moved its major production tool. Additionally, the “Compose” tab, to a more difficult-to-reach location at the top of the screen rather than the bottom-center.

Likewise, Instagram no longer sees the need for standalone creative effects apps. Whereas, it has long incorporated its array of creative capabilities directly into the Instagram camera.

For example, when Instagram introduced new Boomerang effects a few years ago, such as SloMo, Echo, and Duo, it did so immediately on Instagram. When Instagram encourages its users to be more imaginative with video, it adds tools to its Reels service.

Furthermore, as the business stated when it announced the IGTV closure. However, it now aims to make a video as easy to find and produce from within its main application as feasible. 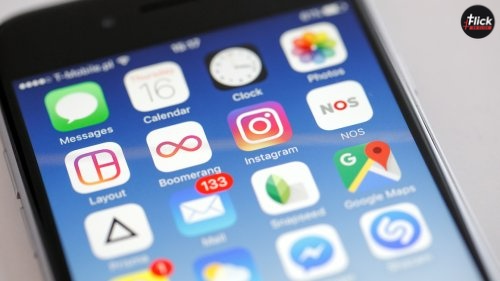 Layout, a separate Instagram app that allows users to add numerous photographs to a single post. So, it launched in 2015 and is still accessible in both app stores.

According to a statement for parent company Meta, development for Hyperlapse and Boomerang has been stopped so that the firm may better focus on key Instagram applications. However, Boomerang is still enabled in Stories on the flagship smartphone.