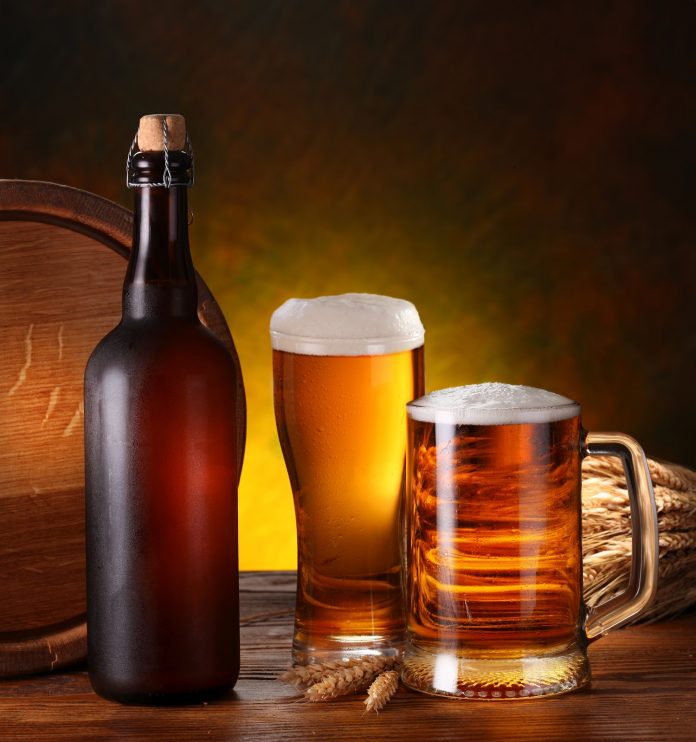 Beer is reportedly the most popular choice of beverage, drinking beer everyday is kind of a thing in city life these days, and it’s no lie that everyone likes cracking open a chilled bottle after a stressful day at work just to kick back and relax.

As it contains only 5-12% of alcohol, it is considerably less harmful than other alcoholic beverages. Studies conducted show that drinking beer often in controlled amounts can increase life span, reduce physical pain and cut down the risk of developing cardiovascular diseases.

Even though drinking beer comes with its own health benefits, regular consumption of beer can also cause several health issues if you’re everyday beer person!

It may have a significantly lower alcohol content, but it still has an abundant amount of calories. A single pint of beer contains nearly 150 calories. And as you increase the pint size, the number of calories goes up as well.


Usually, a person never stops drinking beer after a single bottle, and it is often accompanied by another, and the calorie count boosts up. The kinds of calories present in alcoholic beverages are very different from the kind you gain from consuming food.

These calories directly impact the middle section and you start to develop a beer belly. Once these calories are deposited in your body, they are very hard to lose. Beer bellies are very dangerous and can impact your health immensely.

To avoid this, just get one pint of beer and stick to it for the rest of the evening. Also opt for the kind of beer that may have fewer calories.

Detox Drink Recipes For Your Weight Loss Resolutions In 2021

Those who drink beer heavily every week or everyday, that is two times a week, are reportedly at a higher risk of developing these health issues. There will also be sudden fluctuations seen in the blood pressure levels.

The healthy amount of drinks for men and women is two and a single drink respectively. This is called moderate drinking.

Beer with high alcohol content can put you at the risk of developing hypertension and kidney diseases.

Beer is also diuretic, and can heavily impact your kidneys. It can also cause dehydration and can disturb the electoral balance in the body. It can also damage your kidneys and lead to kidney stones and eventually failure.


Healthy Food Options With Alcohol That Won’t Ruin Your Diet

Drinking beer increases the body’s demands for particular vitamins and minerals. When the demand by your body is not met for long periods, it starts reflecting on your bodily functions, and you are at a risk of developing vitamin and mineral deficiencies.

Your body starts to work overtime in order to keep up with the demand produced by the deficiency of vitamins and minerals, and eventually due to the body’s inability to absorb nutrients from your diet, the body’s internal functions are heavily affected.

8 Food Items Which Are Rich in Folic Acid: Need to Be Included in Your Daily Diet

It Will Disturb Your Sleep Cycle

Drinking beer is reportedly known to put a person to sleep, but the impact of this is seen on the REM sleep cycle, which lasts for approximately 90 minutes only. This short amount of REM sleep can make you feel drowsy the next day, causing lack of concentration and extreme fatigue.

Alcohol not only impacts your health, it also impacts your mood too. As it affects your sleep, you may be cranky or out of focus the next day. Hence, consuming beer everyday as it may lead to nighttime insomnia in many individuals.


Stick to a pint and watch your alcohol intake in order to lead a healthy life.

Previous article
7 Food Items Which Are Rich in Folic Acid: Need to Be Included in Your Daily Diet
Next article
Perform These 5 Brain Exercises to Keep Your Brain Sharp
Flickonclick

Are you suffering from not being able to workout in the gyms you recently paid for and got...
Fitness

The Press Information Bureau (PIB) released an advisory that provides ayurvedic methods that can boost one’s immunity. These...
Lifestyle

Delhi is a heaven for foodie people with several cafes, eateries, street food, clubs, and bars where one may spend time...
Fitness

Red Meat: Everything you need to know about Red Meat

A recent report by the medical journal 'The Lancet' said that consuming Red Meat may not be that...
Fitness

Like any other nutrient, Zinc is also an important supplement for our body. It aids our body to...
Fitness

When it comes to common means of controlling wellbeing issues, we regularly think of neem, basil, mint etc....
Fitness

A sore throat can be extremely irritating; the itching sensation that won't go away and the continual irritation...
Fitness

Stomach bloating has been women's long time hassle. It is a situation where the abdomen swells up due...