Google Meet is going to curb away some of its very useful features and you should know about it. Yes! Google is taking away its no-time limit policy along with other features that allow you to host an unlimited number of people on video calls starting 1st October 2020.


They are also revoking the additional G suite features given to the existing Gsuite users regarding the Google Meet app and that too free. They could host a live session with 100,000 viewers, an additional Meet license, and more. 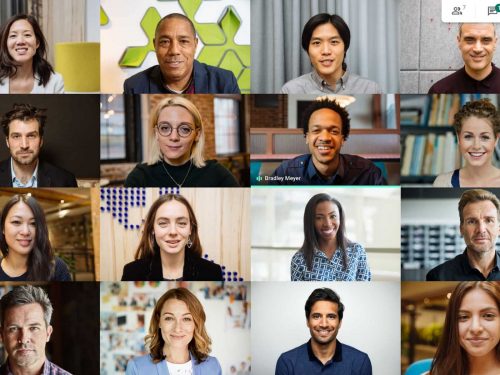 The rise of these video conferencing apps has been exponential and they’re not going to see any downtime even after the lockdown ended.

The reason being that the world is now seeing how efficient these video conferencing apps are for hosting meetings instead of going and meeting the person physically and will continue to be used even after the pandemic is over, as expected.


“We don’t have anything to communicate regarding changes to the promo and advanced features expiring.” If these changes, we’ll be sure to let you know.” a Google spokesperson told a publication.

The reason for taking back the free services is that the user growth which Google recorded during all these months is a number which is skyrocketing. And with such a huge audience which is growing in number as well, it’s hard to manage these free services for all the users without causing a system breakdown.

They have recorded a user growth of 30 times than as before and clocked in a total of 3 Billion minutes of video conferencing over the Meet app. Which is why it stands as one of the best video conferencing apps along with the vastly used Zoom.


It came in more demand when there were reported security flaws in the Zoom app. Which gave an opening to Google for tapping the distressed market with their claim of free features coupled with Google’s strong security code.

And voila! Since then, they’ve grown their user base just like radishes in a farm. Oh! for those who don’t know, here comes a fun fact. Radishes are one of the fastest-growing plants which are ready in just 21 days.