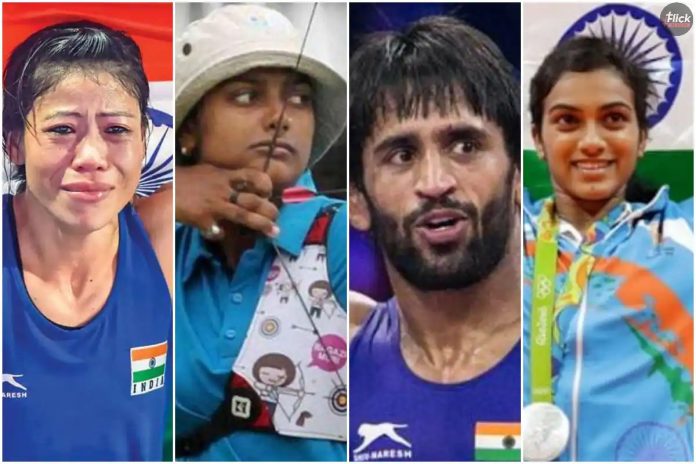 It is time for Indian athletes to shine in the most-awaited Tokyo Olympics that got delayed for a year due to the coronavirus pandemic. All the athletes are set and they have set their hearts ablaze to fill their bags with medals and honor for their beloved nation. The games will begin on July 23, 2021, in the Japanese capital.

According to the latest news, new infections have been discovered in Tokyo and there is a buzz around the showpiece event with the athletes already beginning to arrive at the Games Village. Many Indian supporters have started their prayers for their favorite athletes and are desperate to see them wearing a medal around their neck. 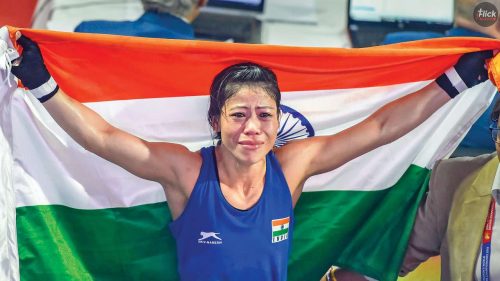 Thanks to social media that we get to see rigorous training sessions of our idol athlete and this time even can assure that our hard-working sports person will create history and will bring glory to this nation in the Tokyo Olympics 2020. That is why we have prepared list of 10 Indian athletes who are likely to bring home a medal from the Tokyo Olympic 2020 games.

Nothing less can be expected this time from the phenomenal shuttler P.V Sindhu as her fans are expecting a gold medal from her. The reigning world champ reached The All-England semi-final this year but has failed to win a title on tour since the world championship victory in 2019. According to the fixtures she is seeded 6th at the Olympic Games and has been lined up in an easy draw until the quarter-final round.

Who can tell that a mother of four children can bring glory to the nation? But Mary Kom has proved everyone wrong as she brought an Olympic Bronze Medal from London in 2012. According to some leaks, it is being said that this time will be her last appearance at the Olympic Games. It will be an honorable moment as she will be one of the flag bearers at the opening ceremony for India. Fans are really excited to watch her all-time favorite fighting for a Gold Medal for the nation.

Bajrang Punia will make his first appearance for India at the Olympics. Because of his immense gameplay, he has also been nicknamed ‘Tank’ as he is very good at knocking his opponents. His career was first started with the 2013 World Wrestling Championships, where he showed the world his phenomenal talent and shot to fame with a bronze medal. Last month, Bajrang got a knee injury but this determined athlete is confident that he will add another medal from the Olympic Games to his tally.

Deepika has recently climbed up to the first position in the world ranking this month and has grabbed multiple gold medals at the Archery World Cup. There was a disappointing moment for Deepika and her fans as she couldn’t perform well in the Rio Olympics but this time the Indian archer is desperate to prove her critics wrong and will make sure that her name will shine again.

It looks like Amit is charged up and highly motivated to bring a medal home as he might be kind of frustrated after narrowly losing out on the gold medal at the Asian Championship in May. Amit is looking forward to vengeance against the reigning Olympic champion Shakhobidin Zoirov of Uzbekistan. He has proved his skills in the last Boxing World Cup and winning gold in it and fans are expecting a lot from this young athlete.


You can never expect less from the Phogat sisters when it comes to performing in the Olympic Games. Being a cousin sister of the famous Phogat sisters Geeta and Babita, Vinesh has to undergo a lot of pressure as she is not a weak contender who will give up easily. Being the first Indian female wrestler to win gold in Common Wealth Games and Asian Games, Vinesh will enter the 53 Kg event as the world no. 1 and top seed after winning gold medals in all the events she took part in 2021.

After Karnam Malleswari, Mirabai Chanu has her eyes on the gold medal and is also looking to become the second Indian weightlifter since 2000 to win an Olympic medal. Currently, she has been ranked World No. 4 in the ranking list, and after hearing North Korea’s decision to withdraw from the Olympic games has highly motivated Chanu and has also increased her chances of winning a gold medal. Despite having a poor performance in the Rio Olympics, Chanu is determined to give her best and not to repeat the same mistake again she did in the Rio Olympics.


This 19-year-old has stunned everyone with his brilliant skills and performances, that is why he is one of India’s biggest bets to gain a medal at the Tokyo Olympics. National coaches have given everything for his training and are confident enough that one medal is certain for the nation from Saurabh’s side. The youngster is ranked world no. 2 and has won 2 gold medals, 2 silver medals, and a bronze in June.

Mentored by London Olympics bronze medallist and idol Gagan Narang, Elavenil is all set to shine in the Tokyo Olympics and has made it to the Olympics because of her high level of consistency on the world stage. She is currently ranked number 1 on the list and has shown the world her superb skills by winning gold medals in two world cups in 2019. She is a rising star in the world of air rifles and fans are expecting gold from her.

Also Read- 10 Weird Sports You Never Knew That Even Existed

Neeraj is a junior world championship titleholder in the javelin throw. He has gone through many surgeries mainly in her elbow during the pandemic time and unfortunately had participated in one international meet in two years because of his injuries. Yet he remains one of the world’s top throwers, and with an 88.06-meter throw, he won the 2018 Asian Games and also a gold medal with an 88.07-meter throw at Indian GP this year.

We have heard of football. Cricket, basketball, badminton, and many other sports. And, actually, we have played them...
IPL

We have heard of football. Cricket, basketball, badminton, and many other sports. And, actually, we have played them...
News