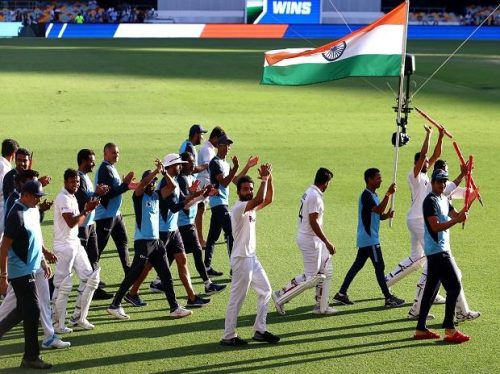 Rains were predicted that day at The Gabba in Brisbane, but the Indian batsmen made sure to rain fours and sixes as they won a thrilling victory in the fourth Test Match against Australia. The visitors won by scoring 3 wickets, which gave India a 2-1 series win; this is their second consecutive win against Australia. It also helped them retain the Border-Gavaskar trophy as well.

They broke Australia’s three decade long streak of invincibility yesterday, and the last time they were ever defeated was in Brisbane against West Indies in 1988. Till now they had won 24, managed to draw 7 of the total 31 Test matches.

Rishabh was the star of the show he gave 89 off on 138 deliveries, as he won hearts with his outstanding performance when everyone was nervous about the end in the India vs Australia, 4th test Day 5. Sundar accompanied him as the duo shared a 53-run stand in order to take India to victory. 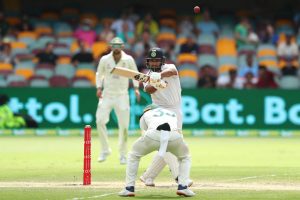 Even after struggling to lead India to victory, Sundar was knocked out at 22 off 29 balls by Lyon, as he was planning to do a reverse sweep. India still needed 10 runs to win the match at that point. Shardul Thakur also managed to score a half century in the first innings, and was dismissed by Hazlewood in an attempt to lead Australia to victory, but Pant’s relentless efforts led India to win Fortress Gabba with a boundary.

As Cheteshwar Pujara and Mayank Agarwal were knocked out, Australia was leading the race but Pant managed to turn the tables with his non-stop hits.

Captain Ajinkya Rahane had set onto the target of scoring 328 runs, and was 196 balls away when he tried for a ramp shot but edged one off Cummins to Paine. Rahane left 24 off 22 balls, leaving India at 167/3

This has happened for the first time in 32 years, and India was not unexpected to win this match against Australia earlier. Rohit Sharma picked up a good lead in the start but Pat Cummins managed to take him outside the off stump as Tim Paine caught it.

Pujara was accompanied by the youngster Shubham Gill, and this duo managed to balance and collaborate beautifully with Pujara’s defense and Shubham’s amazing strokes. Shubham nearly managed to almost reach his second half century with India going to lunch at  83/1.  Nathan Lyon managed to get him off stump but the youngster managed to score just shy of 9 runs from a full century in his maiden Test match.

Shardul Thakur also managed to pick up 3 wickets in the first winnings and followed it up with four in the second. Mohammed Siraj capped his debut series with a five-for in the second innings, and managed to keep the Aussies under check.

Skipper and Team captain Virat Kohli came back after paternity leave, after not participating in the last three matches. Several players were injured, and paceman Mohammed Shami was ruled out of the series with a broken hand. Bumrah, Jadeja and Ashwin were also sidelined due to injury but the youngsters still managed to lead India to a sweet victory against Australia.

This is probably the biggest test series win for India and this will be remembered for years.