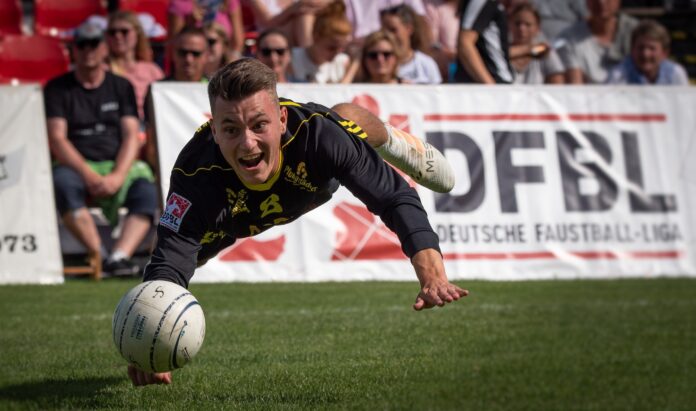 Our world is full of thousands of kinds of games, of which many are still unknown to all of us. You must have all heard of volleyball but have you ever heard of Fistball? This is a European game which is quite similar to volleyball in its approach. However, certain rules and regulations make it a completely different sport altogether. At first, this may look like a crazy sport to you. But after you get to know the rules, you will be able to understand why and how what’s happening in front of you. Here is a Video of Fistball, A Crazy Sport That May Baffle You:

Everything You Need to Know About Fistball:

Fistball may seem to be a crazy sport to you if you haven’t yet heard of this game. However, let us tell you that it’s a full-fledged game that even has its own World Cup. Currently, Germany is the title holder for both men’s and female’s world championships of Fistball.

Fistball is quite similar to volleyball as two teams compete against each other on two half-fields separated by a net. The teams try to send the ball to the opponent’s half to earn a point when the opposing team is not able to return the ball.

Both teams are allowed to attempt three hits of the ball with their hands or fist. These three attempts needed to be taken by three different players of the team on each turn. One player cannot attempt twice to send the ball back to the opponent. Also, before each attempt, the ball is allowed to hit the ground once.

Well, that’s enough information for you to show off to the others that you know about a crazy sport called Fistball.

We have heard of football. Cricket, basketball, badminton, and many other sports. And, actually, we have played them...
Entertainment

Bollywood sports-based films are a must-see for Indian audiences since Bollywood and sports are a good combo. They...
News

It is time for Indian athletes to shine in the most-awaited Tokyo Olympics that got delayed for a...
Talent

Things aren't simple for Indian sportswomen in the country. Every day, they watch how guys who perform the...
Talent

Tennis would be incomplete without the legendary Roger Federer. The entire world holds its breath whilst witnessing Roger...
World News

The announcement of Lionel Messi departure from FC Barcelona was made in a statement by Barca: “Despite FC Barcelona...
Talent

Things aren't simple for Indian sportswomen in the country. Every day, they watch how guys who perform the...
Trending

With Costa Rica's 1-0 victory over New Zealand in the qualifying match, all 32 teams have now been...