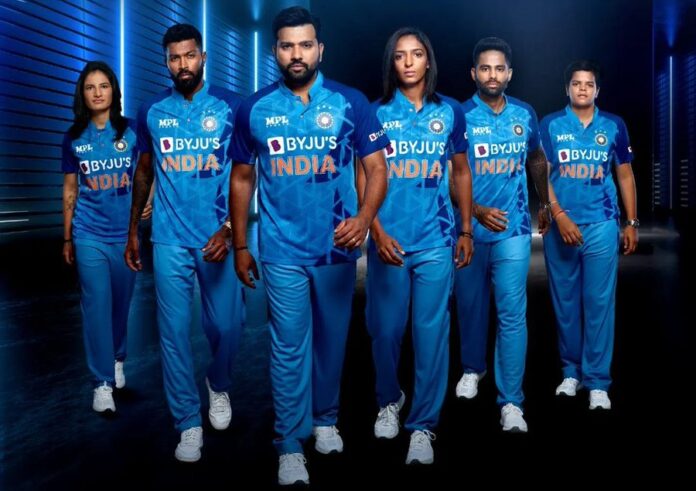 BCCI earlier released a statement this month that the Indian team is going to sport a new jersey in the upcoming T20Is against Australia and South Africa and the T20I World Cup 2022, which is scheduled to take place in October and November in Australia. MPL Sports, the official jersey and kit partner for the Indian cricket team, then revealed the colour of the collar of the Indian jersey. The light blue colour of the collar will remind Indian fans of India’s jersey in the 2011 World Cup victory. 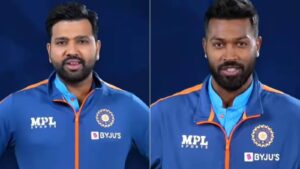 The official launch event for the new jersey was live streamed on the Insta handle of MPL Sports. It began at 8 PM at Bandstand Promenade in Mumbai.

Here is the Tweet that confirmed Team India’s New Jersey:

You asked and we heard you,

Also Read: 7 India vs Pakistan cricket moments that prove the game is all about religious pride &; patriotism

Here is the New Jersey for Team India that was revealed by MPL Sports tonight:


Team India will first face off against Australia in this jersey from 20th September 2022. After which, they will face South Africa in a T20I series from 28th September and finally then go to Australia to play in the T20I World Cup, which is scheduled to start on 16th October 2022. India will play its first match against Pakistan on 23rd October 2022 in the T20I World Cup.