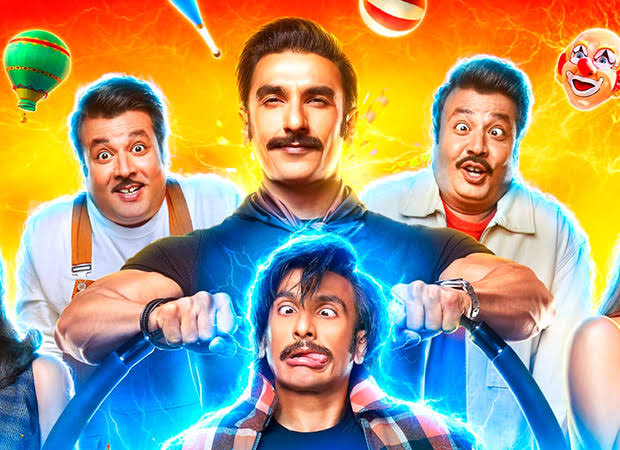 Cirkus Review: The film is jam-packed with light-hearted comedy which will make you reminiscence about movies like Bhagam Bhag and De Dana Dan. Rohit Shetty has channeled his inner Priyadarshan fan in this vibrant colorful comedy.

Cirkus Story: Dr. Roy Jamnadas, who is developing a thesis based on the concepts of “nature vs. nurture,” divides two sets of identical twins that he discovers at the entrance to the orphanage he manages and places them up for adoption with two different families in two different cities. A few years later, one set of twins decides to travel to the city where the other set of twins manage a circus. What follows is a comedy of errors filled with misunderstandings, but in the end, they finally come face to face for the big reveal.

Rohit Shetty’s Cirkus is not some logical or mind-boggling movie that you need to decode. It’s a plain and simple comedy that takes you on a hilarious ride which may confuse you at times but never lets you blink for a moment. Personally, it reminded me of two most underrated Priyadarshan films Bhagam Bhag and De Dana Dan. While Bhagam Bhag boasts an exciting plot, De Dana Dan had one of the most confusing storylines for a comedy movie. Cirkus embodies the components of both these movies and turns out to be a fine-tuned comedy that gives you closure.

Ranveer Singh and Varun Sharma in double roles are a delight to watch. Not to take anything away from Ranveer but Varun is such a gem in comedy roles. The script suits his style of comedy and he comes out as a brilliant entertainer. On the other hand, Ranveer is as vibrant as you have seen in any other movie. He is the lifewire of this lively comedy. Just the energy his presence exudes is unmatchable.

Pooja Hegde is coming out as one of the finest actresses of this generation. She delivers a fine performance with finesse. A little disappointed with Jacqueline in the movie but one can enjoy the film despite not finding her comedic. Veterans in comedy Johnny Lever, Sanjay Mishra, Mukesh Tiwari, Murali Sharma, Vrajesh Hirjee and ensemble are fun to watch and serve their purpose faithfully.

Ajay Devgn’s cameo and the Golmaal connection is something you should find out by watching the movie in the theatres. All in all, Rohit Shetty has upped the game with this colourful, confusing and engaging comedy.

The 75th Cannes Film Festival on the Red Carpet event will be a magnificent event as Bollywood stars,...
Entertainment

Tollywood is unquestionably the home of brilliant on-screen dancers. In contrast to other entertainment industries, Tollywood boasts the...