Bhuj: The Pride Of India Trailer Out, Releasing This August 13th On Disney+Hotstar 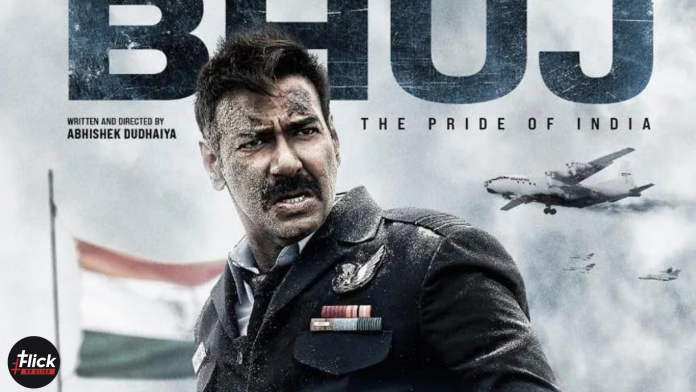 Bhuj is one of the movies that we’ve been looking forwards and it’s coming soon over at Disney+Hotstar. For now, we can take you the trailer which has been recently launched and it shook the heads of critics and audience while making a heavy buzz as well.

Cast of Bhuj: The Pride of India

Ajay Devgan can be seen in the lead role with Sonakshi Sinha as his female lead. Along with them, you’d also get to watch Sanjay Dutt, Sonakshi Sinha, Ammy Virk, Nora Fatehi as well. The star-studded film based on the Indo-Pak war of 1971 will be a treat to watch if we’re going by trailer.

Check out the trailer which has been launched recently. The launch date for the film is August 13th, 2021.

Watched it? You did, it’s right up here, why wouldn’t you? So, let’s get deep into our analysis of the trailer and a little bit into the storyline of the movie.

The gallantry story ignites a feeling of patriotism and is a treat to watch, we know we said it already but come on, you know that’s true, right?

When bravery becomes your armour, every step leads you to victory! 💯
Experience the untold story of the greatest battle ever fought, #BhujThePrideOfIndia.

Releasing on 13th August only on @DisneyplusHSVIP#DisneyPlusHotstarMultiplex

Moreover, when Ajay Devgan was asked about the film and his role, he commented “Bhuj is a true story based on real-life characters. I am playing a Squadron Leader. It is a big-scale film. The story revolves around how a handful of people stop the Pakistani army when the Indian army cannot reach them in time.”

Also Read- Mimi Trailer Out: Kriti Sanon and Pankaj Tripathi Shines in the Tale of Surrogacy

Let’s see how the film will be received among the Indian audience but as the history goes any patriotic film is very well received and we hope that it’ll also will.

Previous article
Taarak Mehta Ka Ooltah Chashmah: What’s The Salary Of Every Character In The Show?
Next article
Family Man Season 02 Becomes The Most Liked Indian Web Series Of All Time
Flickonclick

The pricing of the Motorola Moto Edge 30 in India will be released later this week. Here's a...
Technology

Micromax, an Indian mobile phone company which boomed through the India market for their featured full yet affordable...
News

Google Pixel 5 is the latest flagship from the conglomerate and they are currently shipping it out as...