Apple has been teasing about the iPhone 13 for quite a while, and finally, they were out with the device yesterday during the Apple Event.

But that’s not just all; we have more for you, like the launch of the new Watch Series 7, the latest iPad, and more. 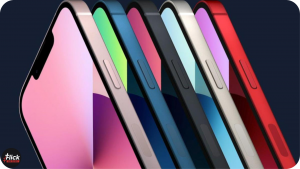 The iPhone 13 – Definitely an Upgrade

If you’re looking forward to a new design, you won’t be able to make a big difference between the 12 and 13th series of iPhone. But the camera is now arranged in a cross-section style when having a dual setup, which is something of a change.

With the latest release, they are coming up with 04 new variants of the iPhone, namely iPhone 13 mini, iPhone 13, iPhone 13 Pro, and finally, the iPhone 13 Pro Max. Where mini being affordable and Pro Max being the most performance-centric device.

They have also upgraded to a 120 Hz display which is a massive upgrade if you see it from the Apple product lineup. We’ve seen the same display unit in the Apple iPad Pro, and truth be told, it works and feels better than a 144 Hz panel. So, we’re looking forward to this one.


With the Apple A15 Bionic chip upgrades, the device becomes about 50% faster than its competitive devices in the market. The expectation was that of an M1 chip upgrade, but again, It’s Apple.

The camera has seen a massive improvement with better aperture, new focus modes that can be edited even after saving the videos, new color tone profiles, and highly improved OIS; Apple has gone good with its camera upgrades.

Moreover, the pricing scheme for the models are as follows:

The watch series seven will be having a lot of slimmer bezels along with improved battery life, better display, and guess what! A bigger keyboard that you can quickly type with.


We can say that the Apple Watch is usually for those who are into Apple’s atmosphere and want an immersive experience, but this upgrade will make it quite functional.

The all-new iPad Mini comes after the massive success and praises of Apple’s iPhone 12 mini and a successful experiment implemented last year.

This device hosts a 12 MP powerful camera with an 8.3-inch screen and features that make great use of an iPad. Being small in size adds advantage and makes sure that it becomes easier to carry and handle reasonable amounts of workloads.

The launching of the next iPhone is months away and the rumors have already started to spread about...
Offers

A piece of great news arrived for Apple’s gadget lovers. The Apple store India is going to run...
Technology

Apple organized a special 'Time Flies' event on 15th September at 10:30 IST which was hosted on their...
Technology

All iPhone models released after the X series only have the Face unlock feature as the option to...
Offers

If you're an iPhone user, then you know that it's hard to switch to Android and especially your...