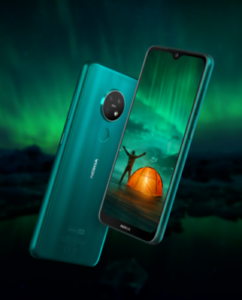 With the advent of Boycott Chinese products in India, people are now shifting to non chinese brands.Thus it is a great time for other brands to make a comeback.


Before these Chinese brands swept away the Indian smartphone industry and captured the majority of market share; Indian companies and others too got very little chance to showcase and grab the existent market. Because of Vocal for Local stress upon by Honourable Prime Minister and then this digital strike, non-Chinese brands have a huge opportunity to pave their way back into the market.

Here comes the list of some of the  best non chinese smartphones in India under 30k you can check out on the basis of your preference for the same:

Samsung is a Korean brand that has developed its roots quite rapidly in India. The M20 has an amazing 13MP primary camera in conjunction with a 5MP ultrawide lens. There’s 8 megapixels selfie camera installed on the phone. The execution, features, and performance are where the phone outshines its Chinese competition. The phone comprises of long battery life of 5,000mAh. All in all, it’s an amazing affordable device to buy under 30k. Screen size is also 6.3 inches and has a RAM of 3 GB.

Nokia 8.1 is an HDR10-certified 6.18-inches display alongside an HD+ resolution. The phone also offers you 6GB Ram and 128GB storage. As far as the camera is concerned, Nokia offers you a 12 megapixel; there’s a 13-megapixel telephoto lens. The front camera or the selfie camera is 20MP and all three cameras can be utilized in pair through the bothie mode. Having a RAM of 4GB, the phone is powered with a 3500 MaH battery. Again a decent non-Chinese buy in India under 30k.

ASUS ZenFone 5Z has an amazing 12 MP camera, which highlights a Sony IMX363 sensor, the aperture of f/1.8. The phone offers you a video playback up to 13.5 hours; having 25.5 hours of 3G conversation time. There’s also 14 hours of Wi-Fi browsing coupled with a 3300-mAh high-capacity battery.

The Samsung System A50 highlights a 6.4-inch full HD+ (1080×2340 pixels). Also, it has a Super AMOLED Infinity-U display. In case you’re searching for a Non-Chinese smartphone in an affordable range, so Samsung Galaxy A50 is one of the leading choices to consider. Seeing the phone internally, the smartphone powers by an Exynos 9610 octa-core SoC, having a 4GB/6GB of Ram and 64GB of internal capacity. The phone is powered with 4000 MaH battery too.

Nokia 6.1 Plus is a well known worldwide variation of the Nokia X6. The smartphone also highlights a 5.8-inches display alongside a resolution of 2280×1080 pixels, 19:9 viewpoint proportion. The gadget is also powered by Qualcomm Snapdragon 636 SoC. The phone also incorporates octa-core CPU and Adreno 509 GPU.