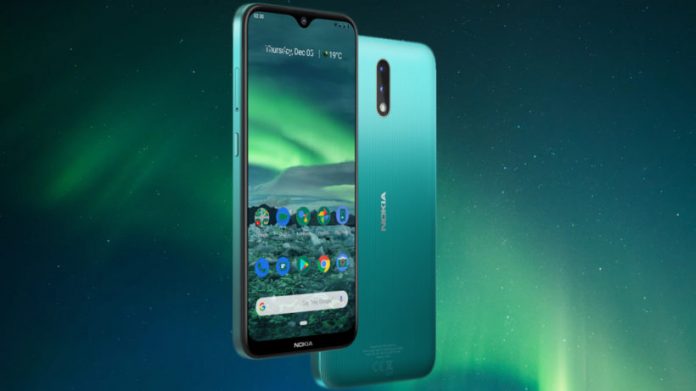 Nokia has been in quite a limelight for its new mobile devices and other gadgets such as smart Tv’s which they made collaborating with Flipkart and gained themselves a bucketload of sales and popularity. The new Nokia device is from their smartphone lineup and is called Nokia 2.3, which is a successor to the Nokia 2.2.

HMD Global launched its low-end smartphone Nokia 2.3 in Cairo, Egypt and will soon be heading towards one of their biggest markets, India. The device is entry-level but Nokia is in need of having a good entry-level device to compete with the lower end of the market with devices such as Redmi and RealMe.

There is a heavy competition at the lower end smartphone market and the majority of customers in terms of population are concentrated in this section only. The average Indian consumer prefers its smartphone device to be priced anywhere from 8000 INR to 15000 INR. Anything above than that and you enter the upper-Mid range or the premium section of devices.

The old Nokia 2.2 was launched at a price of 6999 and the new Nokia 2.3 has a price tag of 8600 INR (after conversion from EUR 109). There are some new and exciting features added onto the device to stand in par with its competition.

The device is powered by a quad-core MediaTek Helio A22 SoC processor which serves the purpose for the low-end device but fails to stand out on any groud. Also, the RAM is 2 GB which is far less than expected at this price range as of now.

The device comes with an internal storage of 32 GB and it can be extended up to 400 GB with the inclusion of an external Micro SD card. The internal memory seems to be less but you always have the option to choose higher models, if Nokia comes up with that.

The smartphone device rocks a 13 MP primary camera coupled with a 2 MP depth-sensing camera which makes it a dual-camera setup. The front camera is a 5 MP one and in terms of camera, the device is in par with its competition offering almost the same specifications.

The main attraction of the smartphone is its 4000 mAh battery which comes with a new AI technology that helps to last the battery for a whole two days, as claimed by the company. The reality of this feature will be tested once the device hits the market.