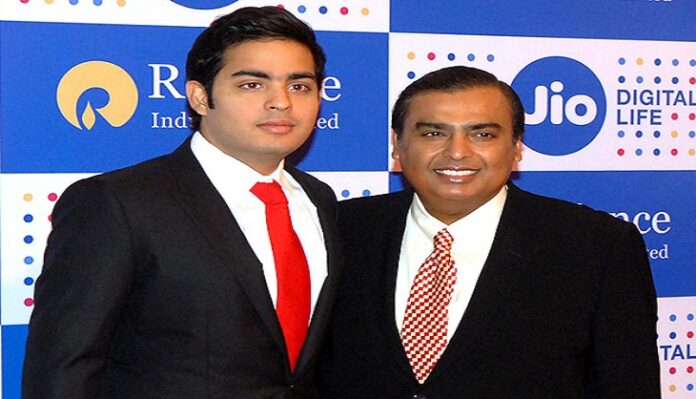 Akash Ambani has been named as the new chairman of Reliance Jio after his father, Mukesh Ambani, decided to hand over the position to his son. The move is seen as Mukesh Ambani’s tactic to bring Akash Ambani into the business world. The 65 year old billionaire is getting older, so it seems reasonable that he has started giving responsibility to his son.

Reliance Jio said in a statement that Akash Ambani was approved as the chairman by the board anonymously after his name was suggested by Mukesh Ambani. The decision came on 27th June 2022. Mukesh Ambani will fulfil his duties as chairman until the end of working hours on 27th June.

Few more people were given more responsibility in the Reliance Jio board meeting that took place earlier in the day. Pankaj Mohan Pawar was appointed as the Managing Director of Reliance Jio, and Raminder Singh Gujral and KV Chowdary were appointed independent directors. Jio also announced its partnership with DigiBoxx earlier in the day. With this partnership, Reliance Jio will offer more cloud storage to its users. The recent wave of changes and new policies are indicating something bigger that Reliance Jio is trying to target.

Akash Ambani is the eldest son of Mukesh Ambani. He has been seen in the media quite a few times during IPL matches. This will be his biggest responsibility till today as part of the Reliance group. It is speculated that Mukesh Ambani will soon introduce the other two siblings of Akash Ambani to the business as well.