The government of India and other significant organisations such as the Reserve Bank of India has announced a set of new rules applicable in July 2022 to the linkage of Pan Card to Aadhar Card, Income Tax, TDS and Credit Card. These new rules are bound to bring changes to the current framework of society. Here, we have explained all the new rules in detail. 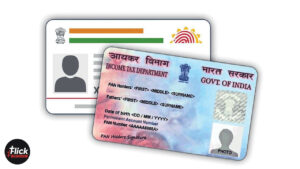 The income tax department of India had made it mandatory for people to link their aadhar to the pan card. However, a few people failed to complete the necessary requirement before the original last date of 31st March 2022. It was announced that those people would be able to link their pan with aadhar with a late payment fee of ₹500 until 30th June 2022. Now, the late fee payment has doubled in July 2022. From now on, those who will link their aadhar card and pan card would have to pay ₹1,000.

Also Read: GST Guidelines 2022: What gets Expensive, What gets Cheaper?

Starting from July, doctors, social media influencers and musical bands would have to pay a 10% TDS on the gifts or benefits they would receive from their fans or other entities for free. However, if the amount of received gifts and benefits does not exceed more than ₹20,000 in the complete year, then they would be exempted from the TDS requirement. 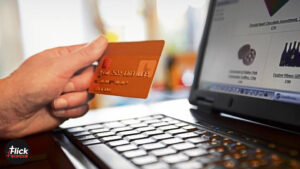 The Reserve Bank of India has made it mandatory for commercial banks to deliver the credit bill report on time to credit card holders. There were many complaints that stated that the banks had been sending the billing statement after the interests had already started to apply on credit. With this new rule, this banking practice will now be completely abolished.

Also Read: Is Service Charge by Restaurants Illegal? Know What the Govt Says

Previous articleAkash Ambani appointed as Reliance Jio Chairman after Mukesh Ambani Steps Down
Next articleWhich Keyword has the most search volume on Shaadi.com? no, not IPS or IAS
Virat Verma

Filing Taxes and avoiding common mistakes while filing an income tax return is a hard task for many...
News

Recently, the government has announced certain tax benefits and compliance reliefs for the taxpayers who are facing hardships...
News

After the pandemic cause, the deadline to file an Income Tax Return for years 2019-2020 has been extended...
Entertainment

For the Very First Time Taapsee Pannu Shared the Details About I-T Raids: ‘Not So Sasti’ Anymore

Recently, Actress Taapsee Pannu opened about 3 days of an intense raid that took place at her property...
News

The Government has been trying to get this message to everyone so long that you need to link...
News

While delivering the Union Budget 2022, Finance Minister Nirmala Sitharaman made no changes to the taxation slab brackets....
News

Social Media Influencers and doctors will now have to pay a 10% TDS (Tax Deducted at Source) when...