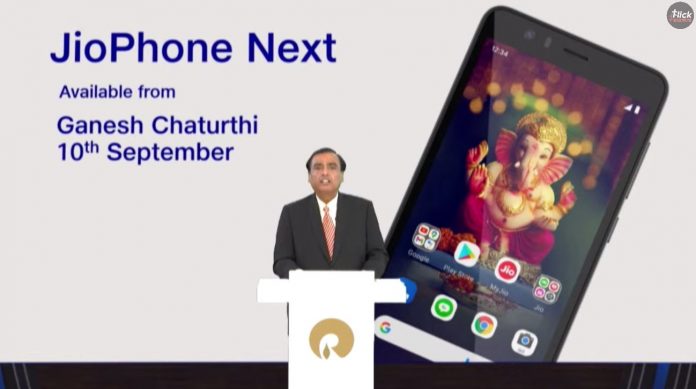 This is highly exciting news that the Chairman and Managing Director of Reliance Industries Limited, Mr. Mukesh Ambani announced the highly-anticipated JioPhone Next at the 44th Annual General Meeting 2021. It is said that the JioPhone Next will be the most affordable 4G smartphone in the Indian market that will provide easy access to the 4G network to everyone.

Before JioPhone Next, the company has launched a series of feature phones, including the JioPhone and JioPhone 2, that were launched with smart features. To make this dream come true, the company has partnered with Google, so that every Indian could get access to 4G network through this affordable smart device. 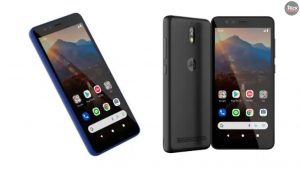 This smart device is going to be based on the optimized OS (operating system) that is leveraged from Android and Play Store with a lot of features that are only built for JioPhone Next. The pricing has not been announced yet but its launching date has been unveiled, that is, it will be launched on the occasion of Ganesh Chaturthi on September 10.

Sundar Pichai also said a few words, “We also vision to bring and deliver affordable smart devices for Indians that will allow access to information in their own language and also aiming to walk along with Reliance shoulder-to-shoulder to empower business with technology.”

“In fact, we all are excited on our side that we are getting a chance to pair with India’s one of the biggest companies to work upon a huge project that is going to change the future of India. Our teams have optimized a version of our Android OS, especially for this device. Apart from the latest Android updates and patches, it will also offer language and translation features and a good quality camera. It will open numerous gates of opportunities for millions of users who are going to experience the internet for the first time.”

Whereas, the Chairman and Managing Director of Reliance Industries Limited, Mukesh Ambani said, “Jio has proudly and truly made digital connectivity accessible in India by offering the most affordable 4G network services. Thanks to Google for joining us and helping in building a truly breakthrough smartphone JioPhone Next.”

“JioPhone Next is packed with marvelous features like Google Assistant, automatic read-aloud of screen text, smart camera with augmented reality features, and much more. The smart device will be available in the market from the auspicious date of Ganesh Chaturthi, that is, September 10, 2021.”

JioPhone Next Launch Date and Where to Purchase

The JioPhone Next launch has a date that has been set for September 10, on the auspicious occasion of Ganesh Chaturthi. It is said that the device will be available across India and can be purchased offline from Jio stores, the authorized Jio retail stores.

JioPhone Next Features and Specifications

The specifications have not been revealed yet, but by looking at the phone, it can be concluded that the device will come with a 5-inch LCD screen with thick bezels around the corner. A single rear camera can be spotted with an LED flashlight along with a Jio logo right below the camera sensor.


Two buttons could be seen at the side of the smart device, one of them could be possibly the power button and the other is the volume changing button. The speaker grills are provided at the base of the rear side and it seems the body is made of plastic. As announced in the event, the device will be powered by the Android Operating System.

The Read-Aloud and Translate Now features have also been featured in the device into the OS, which will work with any text on the phone screen, including apps, web pages, and even photos. Google Assistant has also been integrated into the JioPhone Next.

Google and Jio have partnered together to launch this affordable device in the market and have also optimized the phone’s camera module for better pictures and videos. It is expected that the camera will come with an HDR mode that will bring out the wider color and dynamic range of photographs. Interestingly, Google has also partnered with Snap so that they can integrate Indian-specific Snapchat lenses into the phone’s camera for the Indian public.

It is expected that the smartphone will be available at a price under Rs. 5,000. The final pricing has not been revealed yet, so Reliance can even price it around Rs. 3,000 or Rs. 3,999 because the JioPhone and JioPhone 2 were priced at Rs. 1,599 and Rs. 2,999 respectively. But this device will cost more than these devices as it is going to be a 4G smartphone.

The turf war between Jio and Airtel is not hidden, and it's getting more intense as time passes....
News

In a major update to Digital India, Reliance Jio today announced the launch of its Made In India...
News

Jio by Reliance involves itself into community service and CSR. Given the current scenario of Corona virus pandemic,...
Offers

Working from home and your mobile data keeps expiring all the time? Here are some amazing prepaid plans...
Offers

Jio has a habit of dropping something new for their customers quite frequently. This time they've come up...