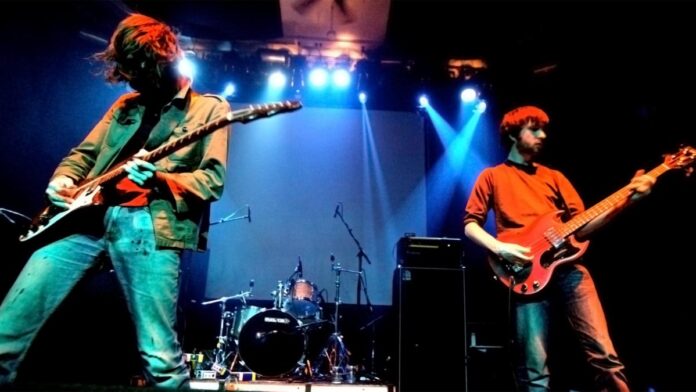 When we discuss entertainment in India or Hindi music, we frequently believe that there is only Bollywood music. Many brilliant musicians and vocalists are unknown to us. There is much more to Indian music than Bollywood nowadays. And, in an era when most tunes are just remade, here’s a reminder. You’ll want to hear more from these Indian indie artists that produced heart-touching songs

When we talk about indie songs, we mean music created by individuals independent of large record labels and any traditional trends or standards   Indie music is highly experimental, with artists experimenting with new or alternative sounds. Rock songs, house music, and pop music are all examples of different styles.

A fantastic lively track that will transport you to a completely different world of fantasy. The song has a powerful bass groove in his regular manner, lyrics that are so easy that you can practically sing them, and the entire music is organized at such a wonderful speed that you can party along with it, drive to it, and of course obviously just enjoy to it all by yourself. Khamoshi is one of those feel-good Hindi songs that will make you forget about the worries of the world.

Prateek Kuhad and his tunes don’t need an intro. A song about love and devotion that defines a relationship between two passion doves that live thousands of miles apart. They are both apprehensive and enthusiastic at the same time, but they never lose faith or interest, but when they ultimately fall for each other, it is only for a short time.

This song is about the inner poor kid who has endured greatly and is now waiting for “Tum” to arrive and explore the enthusiasm in the air, making everything so unreal with transition and, most significantly, a fresh start. Guitarist Ramit and paras are always a joy to listen to, with Sahil tossing his rhythm sticks, and Raman is on hand to astound everyone with his guitar voice that takes us to the height of soul waves.

The Indian Ocean’s melancholy yet heartfelt soundtrack played at the close of the film Black Friday is a sobering reminder of the emptiness of sectarian and communal disharmony. The song’s theme is extremely open, and it talks about assaults on humanity, particularly terrorist atrocities. Since 1993, India has had numerous such terrorist bombings. The song is dedicated not only to the assaults on India but to all attacks globally.

Ritviz Srivastava is the individual who made a name for himself in the country’s and the internet’s experimental music scene with his groovy electronic dance music (EDM) tunes. The 22-year-old Pune native is educated in Hindustani Classical Music and enjoys EDM and rap music. This song will make you feel like you’re on top of the world, and a clip of cute oldies singing is a must-see. This song tells us that we can be cheerful and young in the spirit in any scenario and at any time. Surprisingly, Ritviz attributes his musical prowess to his education in Hindustani classical music.

These Kolkata boys, dressed in well-cut pastel-colored suits and with a practiced deadpan, are stunningly unique. Their lyrics conjure up images of a dreamlike parallel metropolis where the world is frequently flipped upside down, animals run free, and youthful love and hate mix. From the color of the hosiery to the style of the instrument to the words, everything is important. The design aspect will always pique one’s curiosity.

Maati Baani is best recognized for providing this folk music song from India with a funky spin! We’ve all experienced this traditional song as a child or at marriage and been blown away by its beats and vocals. This is just like any other funky dance sequence that is an irresistible song, and the clip by Maati Baani is extremely unique in terms of radiating funky feelings. Maati Baani has already carved out a niche in the music industry with its outstanding pieces, and with their melodies. Hence, they intend to reign over our emotions through folk music with global fusion.

Arjun, the sugar boy, and many followers’ crush, always turns out with absolutely killer tunes for kids of various genres. Arjun Kanungo’s heartfelt emotional love song features the lovely Sonal Chauhan. Choosing a fascinating subject, the plot centers around ‘women empowerment.’ Gender equality in society must be altered. The guitar on the rhythms and the overall arrangement are on par with his earlier tracks. This hottie never ceases to make his followers swoon. It is one of the best Indian Indie songs ever recorded.

Read More: 10 Most Soothing Sonu Nigam Songs You Should Listen To Right Now

India has emerged as one of the world's most democratic and secular countries after its Independence. Our freedom...
Lifestyle

Are you a traveller who just needs good music and you're a good to go? Well, for those...
Entertainment

When Chai Met Toast is an indie-folk group that came together in 2016 in Kochi, the band is...
Entertainment

Arijit Singh composed one of the best soothing songs, regardless of genre, and will always be admired for...