Sonu Nigam has one of the most soothing voices in the music industry. The legendary singer is perhaps the last one of that generation which believed in music as a healing therapy. His songs have distinct originality and calming vibes to them. One can feel the emotions and hard work behind his voice which makes the lyrics pure, pious and addicting. 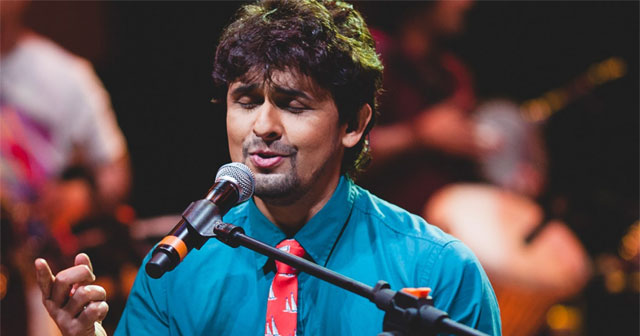 Sonu Nigam has called it his best song ever. The emotional melody will make your soul and body shiver with its beautiful, soothing yet painful lyrics. The song is complete magic, and Ajay-Atul’s lyrics are just taken to the next level by Nigam.

The iconic song with a cult following has to be on this list of the most melodious songs of Sonu Nigam. The beautiful message that the song spreads is just too criminal to miss out on.

Also Read: Trending Songs in India that will Make You Dance to Their Tunes

Another melodious song by Sonu Nigam that worked its magic on the listeners. In Lamho Ke Daaman Mein is a love anthem that we did not know we needed.

This 3 Idiots song is loved and adored by all of us. The song is an emotional friendship melody that will make you wanna show your love and appreciation for your beloved friends.

Nigam combined with the Bollywood actress Parineeti Chopra to sing this beautiful romantic song that is just too pure and wholesome.

Also Read: Top 8 Songs that will Open the Floodgates of Your Childhood Memories

“Dil ki khata bhi he kya, mujhko gila bhi he kya”, when Sonu Nigam said these lines, we all felt that love just happens. You don’t plan for it. The feelings just take over you.

For some reason, whenever Sonu Nigam sang for a Shah Rukh Khan film, the songs just turn out to be quite soothing and calming. Kyon Hawa is an underrated song that deserves more appreciation.

Sonu Nigam peaked during this era when he sang this beautiful song for the movie Pukar in which AR Rahman worked as the music director. It should be on your playlist.

Dheere Jalna is a song in which Sonu Nigam showed that he has a versatile voice. The high notes he hit in this song just hit different when you listen to them.

Last but on least is the melodious song Main Agar Kahoon. Nigam breathes life into the lyrics penned down by Javed Akhtar with his soulful voice.

Darshan Raval has come a long way since his stint in the reality TV show which helped him...
Entertainment

Feeling under the weather due to a meeting gone wrong or a relationship problem, or just generally overwhelmed...
Talent

Vasundhara Das is an underrated gem of the Indian music industry. She has earned considerable and deserved praise...