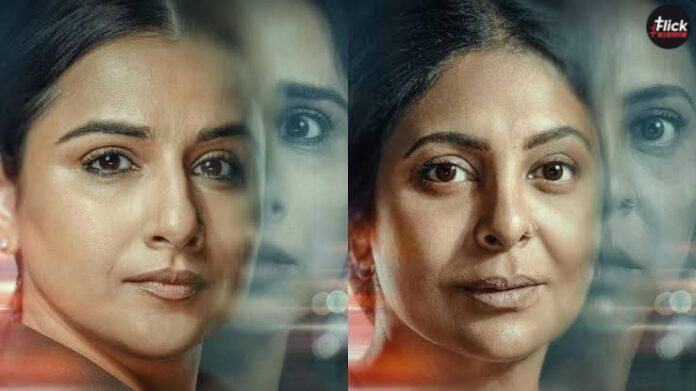 Suresh Triveni, the movie’s filmmaker, and co-writer tackle a wide range of subjects in Jalsa movie. That would have been a couple too many if it hadn’t been for the established talents of Vidya Balan and Shefali Shah, the starring actresses in Triveni’s first movie, Tumhari Sulu. Hence, the two work brilliantly together to pull the acorns from the fire. If some effort is visible, it is primarily because the material with which the couple was tasked is spread too thin.

Jalsa, an Amazon original film, is slow to be sure, but it isn’t meaningless. Balan plays news presenter Maya Menon, who takes pleasure in her ethics and bravery, in the ethics vs self-preservation story. However, Ruksana, a maid who prepares for the reporter and cares for the latter’s special-needs child, is played by Shah. Ayush.

A tragedy upends the life of acclaimed reporter mom Maya Menon (Vidya Balan) and her chef Ruksana (Shefali Shah). Jalsa’s plight encourages one to look within and question our ideas of truth, morality, and survival.

Jalsa is a slow-burning, emotional drama that plays out like a mystery thriller. When pushed to the limit, it calmly watches the complexities of human behavior. Will humanity be able to weather the storm of survival? Can conditions triumph over truth and moral compass? The iconic remark was spoken by Heath Ledger as the Joker springs to mind. “Who are these ‘civilized folks’ when the cards are down?” They’re going to eat each other.” Do they? Suresh Triveni’s powerful depiction of guilt and self-reflection places inner tension at the heart of his story. He successfully avoids allowing his two main characters to verbally confront each other, and this is where the film’s brilliance resides. One who is overwhelmed with guilt, shame, and remorse. Whereas, the other was suffocated by sorrow and rage. We are pushed to find ourselves and their tale amid these two women’s deafening silences and subdued pandemonium.

Significantly, Jalsa Movie does not rely on theatrics to make its point. However, you do become a little uncomfortable at one point, wondering if this is going to develop into a crime drama-police procedural. Despite some loose threads on that front, Triveni remains committed to studying the psyches of his female leads, as well as the everyday realities of working women. They may be members of the privileged working class who live in high-rise buildings, single mothers, or those from lesser economic levels; everyone lives in their manner.

Vidya Balan and Shefali Shah are amazing. It’s emotionally satisfying to watch these strong women reveal what they’re made of. Their looks speak the words that their mouths do not. Aside from their differences, they are similar in certain ways. Two scenes in particular stick with you. Shefali erupts with rage, and Vidya sees the world go by as she comes to grips with reality. It’s great to see famed Hindi and Marathi cinema performer Rohini Hattangadi (as Maya’s mom) back on the big screen. Additionally, She adds seriousness and wisdom to the events.

The movie is technically and visually strong, which helps to elicit powerful emotions. Triveni deftly transforms an opulent Mumbai flat with a view of the sea into a terrifying confined realm of feelings and strife. Blue hues, noises, and silences have their vocabulary, and they are most successfully utilized here. Moreover, the roaring of solitary waves, flapping curtains against the sea, dreary skies, and a lonely balcony; each shot of the film carries an inherent sadness. Jalsa, a gripping drama with a deep moral center, keeps you on the edge of the seat for the majority of its two-hour length. This one is a must-see, especially for the fantastic climax.

Looking for something to keep the screams coming?  Amazon...