Check out the best sexy web series to watch online in India in 2023. 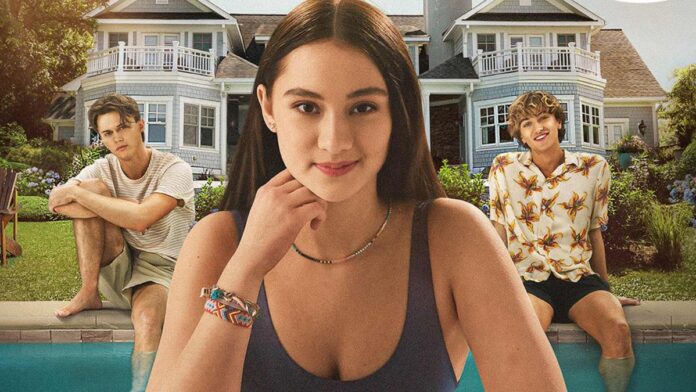 She is the best sexy web series to watch online on the OTT platform Netflix right now. It is directed by Imtiaz Ali, who has worked on some of the most critically acclaimed movies. It follows a police constable who goes undercover to uncover a conspiracy but gets entangled in the deep dark world of crime. Aditi Sudhir Pohankar is exceptional in this sexy web series that you just can’t miss in 2023. The show already has two seasons on Netflix, and we are hoping for a third one later on in the year.

2- Orange is the New Black

On paper, it seems like a shallow comedy, but Orange is the New Black is much more than that. It is definitely one of the best sexy web series to watch online on Netflix in 2023. The toughness of prison changes Alex drastically, compelling her to do the unthinkable. The show has seven seasons streaming on Netflix, and we believe you could not have asked for more. This is the year you need to watch this sexy show.

High school is one of the common themes when it comes to sexy web series in today’s scenario. Euphoria follows a group of high school students who struggles with issues like love, intimacy, trust and more in this come-of-age web series. You can stream it online in 2023 on Disney+ Hotstar. Zenaday has delivered a mind-blowing performance in this web series.

Don’t get it confused with Marvel’s Black Widow. It is completely different, and we believe much more exciting than the pale character of Black Widow. The show follows three women who plan a perfect crime and almost get away until a dogged police officer shows up. Mona Singh and Shamita Shetty star in this sexy web series that you can watch online on the OTT platform ZEE5 in 2023 in India.

Kriti Kulhari, Sayani Gupta, VJ Bani and Maanvi Gagroo broke many stereotypes with this sexy web series on Amazon Prime Video in India. The show follows four unapologetically flawed women who live, love, blunder and discover what really makes them tick through friendship in millennial Mumbai. It is one of the most popular web series to originate from India on Amazon Prime Video.

Sobhita Dhulipala is completely brilliant in this sexy web series that you can watch online on the OTT platform Amazon Prime Video in 2023. The show follows two wedding planners from Delhi who strive to survive in a world where traditions clash with modernity. However, they have to navigate through deceit and face many professional challenges.

7- The Summer I Turned Pretty

Last but not least on the list of sexy web series to watch online in 2023 in India is The Summer I Turned Pretty on Amazon Prime Video. The show follows a girl caught in a love triangle between two brothers as she deals with her first love and first heartbreak during the perfect summer.

Guns and Gulaabs is an upcoming Hindi language thrilling romantic comedy web series on Netflix which is going...
Offers

Netflix announced that it will offer free subscription in India for 5th and 6th of December. This means...