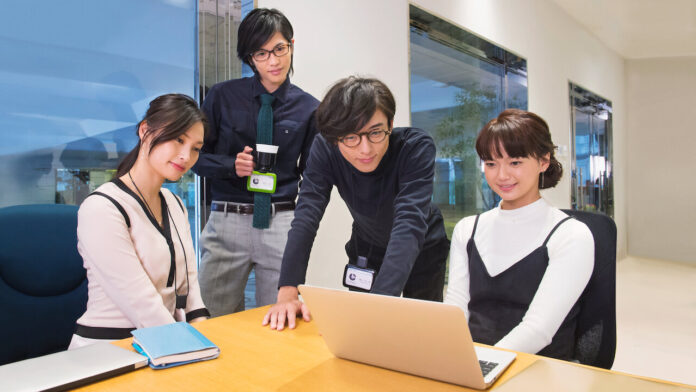 The variety of movies and TV shows available on OTT services is limitless. Choosing what to enjoy watching can be a difficult task at times. Some days, you simply desire to relax at home. All you want to do is curl up with a warm blanket and binge-watch some unique, hot, and sensual movies. If you’re looking for something hot and different to watch, we’ve compiled a selection of some of the hot Japanese movies. Let’s take a peek at some of the Japanese hot movies streaming on OTT.

Here are the Japanese hot movies available on OTT to stream right away:

Fans of Haruki Murakami should not pass this one up. This film, based on his namesake novel, is a moving story of love, grief, and pain. It covers the life of student Toru Watanabe and his friendship with two ladies, Naoko and Midori, in 1960s Japan. Both women symbolize entirely different to him: Naoko is his link to his closest buddy Kizuki, whom he lost in a tragic accident, while Midori is almost everything that Naoko isn’t and signifies his future. If you appreciated the novel, you should enjoy this movie on Amazon Prime.

The cartoon romantic fantasy film’s artwork, intricate tale, personalities, and musical score have all received critical acclaim. It recounts the tale of a rural teenager and a Tokyo high school boy who mysteriously switch bodies one day. Notwithstanding their distance, they create a special friendship over time because of their unique bond. Apart from being among the best Japanese hot movies on prime video, it also provides insight into the Japanese lifestyle and the trauma caused by the 2011 tsunami and quake.

Riko is a protagonist in the movie who creates male leads for a dating video game. She encounters Soichiro, a man who knows nothing about women or romance. The odd couple becomes closer as Riko teaches Soichiro the essence of love and romance. Love blooms between the pair as well, as you could expect. This hot Japanese movie is now available on Netflix.

Miyo Sasaki, a Secondary School student, deals with a stepmother she doesn’t connect with and a crush in class who doesn’t return her feelings in this passionate and hot animated Japanese Netflix movie. Miyo meets a guy who gifts her a cat-shaped Noh costume one day. When Miyo realizes that the mask allows her to change into a cat, she utilizes it to spend some time with the boy she loves while he is unaware that his newfound feline friend is Miyo.

Ride or Die is the film for you if you want an intense drama. The plot revolves around the connection of a gay 20-something woman titled Rei Nagasawa and her old friend, Nanae Shinoda, who is trapped in an unhappy marriage and yearning for a way out. Rei kills her husband and flees with Nanae to demonstrate how much she loves her. Rei and Nanae are forced to face the deep, interconnected emotions of their sadness and fear, and love for one another as they try to handle this new chapter of their lives. This hot Japanese film is accessible on Netflix.

Mother Netflix’s other original Japanese movie, is a depressing and upsetting story about the complexities of domineering and neglectful parenting. This Japanese movie is about toxic parenting, mental torment, and one mother’s control over her small, dysfunctional family. It is one of Netflix’s best and most heartbreaking Japanese productions.

37 Seconds is a realistic story about a young woman having cerebral palsy who has a natural aptitude for painting and drawing anime but is unsure how to advance in her career. Her lack of experience dating, particularly sex, is one of the factors holding her behind in her job. Yuma decides to take the editor’s advice and venture out into the world to obtain a more romantic and sexual experience, learning a lot about herself throughout the route. 37 Seconds is one of the hot Japanese movies on Netflix.

My Tomorrow Your Yesterday

Takatoshi Minamiyama, a college student studying Art in Kyoto, is the hero of My Tomorrow Your Yesterday. On the way to school, he encounters Emi Fukuju and is infatuated with her at first sight. He speaks to her with all of his strength. They begin dating and enjoy the fun together before Emi reveals her truth to him. watch this Japanese movie on  Netflix to find out the secret.

Hodaka walks away from his isolated island home to Tokyo during the summer of his freshman year in college, and immediately finds himself stretched to his personal and financial limitations. Every day, the weather is especially dismal and wet, as if drawing its lead from his existence. He ultimately gets work as a freelance writer for a secret esoteric magazine after many days of solitary. Then one day, Hodaka meets Hina, and the narrative of their love begins. Weathering With You is one of the best Japanese romantic- animated movies available on Netflix

Massive blockbuster movies like KGF Chapter 2, RRR, and Beast have created a lot of buzz in the...
Offers