If you are looking for alternatives to Asur web series, here are 6 web series that are similar to Asur and are worth watching! 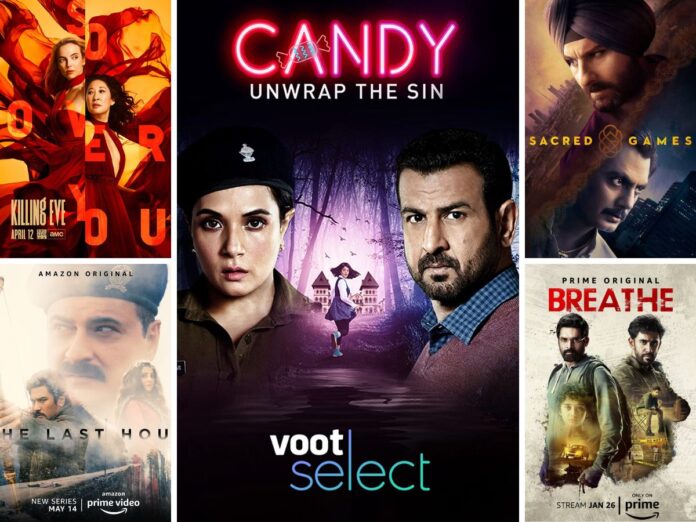 Asur is a 2020 Hindi web series created and written by Gaurav Shukla and directed by Oni Sen. Asur web series stars Arshad Warsi, Barun Sobti, and Ridhi Dogra. It was released on March 2, 2020, by Voot Select.

The web series is a crime thriller that is set in the backdrop of the legal industry. The show has been praised for its acting, direction, and writing. Fans are eagerly waiting for season 2 of the Asur web series.

If you are looking for alternatives to Asur web series, here are 6 web series that are similar to Asur and are worth watching:

If you liked the Asur web series, you’ll enjoy this one streaming on Voot Select. The murder of a high-school student in Rudrakund prompts a teacher and a cop to put their differences aside and work together to find the killer. This leads them to uncover old secrets and a drug racket. But these hills are also full of stories about demonic creatures, so the duo must grapple with the possibility that the killer could be a human or beast.

If you’re a fan of the Asur web series, then you’ll definitely enjoy Breathe. It’s an Indian drama that tells the story of everyday men who are faced with extraordinary circumstances. Kabir, a talented but unconventional Crime Branch officer, pieces together seemingly unrelated deaths to identify an unlikely suspect – Danny. Kabir is determined to solve the case and administer justice.

If you’re looking for a show that’s similar to the Asur web series, then you should check out Killing Eve. It’s got a lot of the same elements that make Killing Eve so compelling. The story is about a serial killer, and it’s very suspenseful and thrilling. You won’t be able to stop watching it once you start.

This thriller, which is laced with various mythological philosophies, revolves around a cop who is trying to save “the city of dreams” from a planned incident that will change its existence. Focusing on various elements from Hindu mythology while creating some philosophies of its own, Starring Saif Ali Khan and Nawazuddin Siddiqui, this show will keep you on the edge of your seat with its twists and turns. If you liked the Asur web series, then you will surely love this one.

If you’re a fan of suspense thrillers, then you’ll definitely want to check out True Detective. It’s one of the most compelling web series out there on the topic of serial killings. However, it’s still an incredibly engaging series that will have you hooked from beginning to end, even though it’s not exactly like Asur web series. With a rating of 9.0 on IMDb, it’s one of the highest-rated web series around.

The Last Hour is an Asur web series alternative that tells the story of Dev, a young shaman on the run who must protect a secret gift. He joins forces with an experienced city police officer to track down a dangerous figure from his past. However, when he develops feelings for the cop’s daughter, he must choose between duty and love.

The time has come for Lucifer fans to start jumping off their seats as the Lucifer Season 5...
News

Netflix is one of those companies that thrive on their experiments and R&D team's research in order to...
Entertainment

Are you looking for some inspiration or just that last little push to finally commit to your start-up...