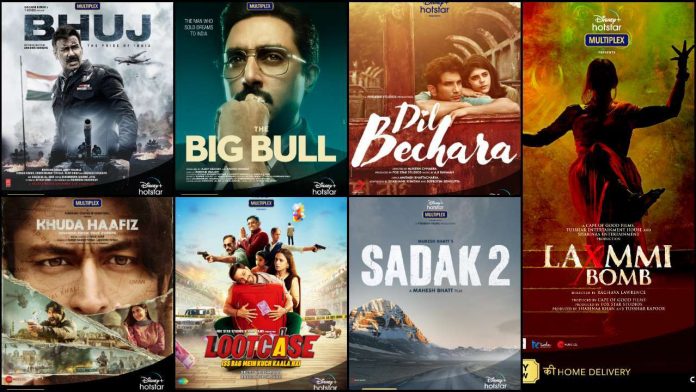 2020 was a remarkable year for the OTT platform. Many series and movies left us in awe. So if our expectation has risen a little higher with all the amazing and promising web series and movies coming January 2021 it won’t be wrong.


January 2021 is lined up with not only amazing web series but also movies to grace us with their presence and make our new year amazing. This New Year is the year of comeback of happy times and in all honesty, we can’t wait to go back to theaters to enjoy a good movie and a bucket full of popcorn.

Let’s dive into the list of enthralling series and movies that will release on the OTT platforms in January of 2021:

Zidd is inspired by the true story of a soldier. It stars Amit Sadh, Sushant Singh, Amrita Puri, Gagan Randhawa. It marks the comeback of Boney Kapoor’s as a producer. This series premiers on ZEE5 on January 22, 2021.

All set to release on Netflix on 5 January 2021. It stars Nicolas Cage who will teach us the origin of swear words.

It will premier on ZEE5 on January 7, 2021. Based on a true story. It stars our favorite, Pankaj Tripathi, and directed by Satish Kaushik.

Ever since the epic ending of Avenger: Endgame. People have been eagerly waiting to see the inside life of the tragic couple Wanda & Vision. It is all set to release on Disney+Hotstar on January 15, 2021.

The White Tiger will premier on Netflix on January 22, 2021. It stars Priyanka Chopra, Rajkumar Rao, and Aadharsh Gourav. It is based on the New-York best-selling book of the same name.

The Girls are back for one last fashion closet gala, The Bold Type, starring Katie Stevens, Meghann Fahy...
Technology

Netflix is one of the best when it comes to content and producing originals. But there’s no such...