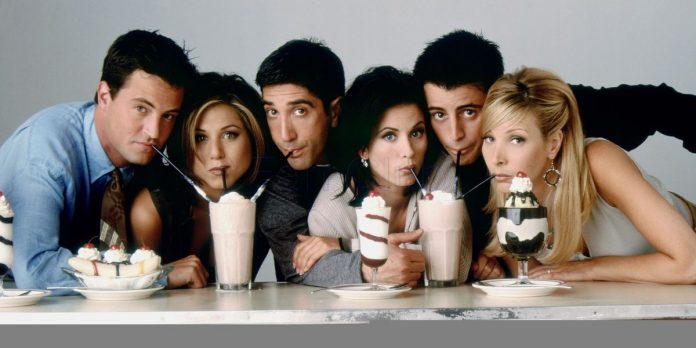 Who doesn’t like watching Friends? You can hardly hear someone saying no to it as almost everyone in the world has seen this show at least once and this has been one of the favorite shows of all time. Recently, sad news arrived that the Friends Reunion is not happening anytime soon as the shooting has been delayed because of the pandemic. 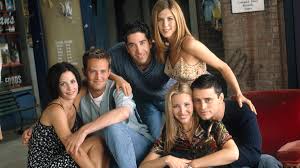 
This was the moment where our heart truly felt that this is it where Ross and Rachel will be together this time and we waited for 1 season and 6 episodes for that to happen. That was an iconic moment when Ross heard Rachel’s message that she is “over him”, these two words gave everyone chills down their spine and left Ross in a difficult situation, whom to choose whether his best friend Rachel and his current girlfriend Julie.

This was the sweetest episode of the first season where Ross decides to fold and sacrifice his clear win in order to let Rachel win the last round of poker as she was disheartened that she did not get the job she applied for. The way Ross showed his sacrifice by his expressions gave everyone except Rachel a clean signal that Ross is backing out deliberately.

A thanksgiving episode where Chandler is asked to spend six hours in a wooden box by Joey because Chandler broke the Bro-Code by making out with Kathy last night behind Joey’s back. Chandler agrees to do so as Joey is his best friend and he would easily agree to do anything worse than spending time inside a box if Joey would have assigned him a bigger punishment because friendship is what really matters to him.Happy Birthday Chandler! 6 Best Movies of Matthew Perry to binge watch

A special episode to remember where a lot of chaos took place between the six of them as no one was getting ready for Ross’s event as a few of them were having some issues of their own and the rest were having with each other. Ross could be seen trying to keep his agitation under control and pleasing everyone to be ready on time as they are getting late.

The whole group makes resolutions that are hard to keep. Ross gets irritated with his new leather pants which are very tight and feels like a volcano is erupting inside of those pants when he visits his new girlfriends’ home. In order to get rid of that heat, Ross consults Joey, but due to poor guidance by Mr. Tribbiani, those pants get hardened that nobody can wear them again.

An episode that looked more like a show game to everyone where the boy’s team was competing against the girls’ team over a small bet which later ended up on switching apartments. This is also the one where Phoebe is taken to a hospital for uterus implantation with the embryos for her brother Frank Jr. and his wife Alice’s children.

Monica’s parents have always hated Chandler because in college Ross was caught red-handed with weed and was also high, in order to keep himself safe he blamed it on Chandler. As Monica and Chandler came to know the truth, they asked Ross to confess on the day of thanksgiving, but Ross gets hesitated every time he approaches his parents and this made both Monica and Chandler furious because they want to tell their parents that they love each other and want to marry soon.


ALSO READ: Best Rom Coms to Watch on NETFLIX During this Winter Season

The episode of this title comes from the police badge which Phoebe finds on the pavement outside the Central Perk Café and starts taking illegal advantage of it. Apart from this the best scene was when Chandler and Rachel try to help Ross by lifting up and taking his new sofa upstairs and Ross continuously yells “PIVOT” which resulted in a funny scene.


What can be so important after hearing that Dr. Drake Ramoray is going to be back in ‘Days of Our Lives’. This level of happiness was undefined when everybody got to know that Joey is getting his role back after a long break.How To Avail Netflix, Amazon Prime, Disney Hotstar, and Zee5 Subscription For Free?

This was the special and the most exciting episode for a true ‘Friends’ lover as we all were waiting for two complete seasons for this to happen and finally at last this scene made everyone cry with happy tears at least once along with Monica and Chandler. Chandler who has always been afraid of commitments finally proposed to Monica to marry him and be his wife forever.How To Watch Shows On a Free Netflix Subscription

Joey is all set for his next audition but the problem is that it is a French drama and he asks Phoebe to help him out by teaching him, French. After so much practice classes, Phoebe loses her temper as she had never faced a worst student other than Joey in her entire life. After many failed attempts at learning French, Joey lost his chance for the part as he wasn’t able to learn French at all.

Ross tries to impress Emily by participating in a rugby match where he gets a lot of bruises and get heavily injured. Monica gets curious about one switch in the house and spends her entire day in order to find out what does that switch does. On the other side, Chandler sets up a plan to get rid of his former girlfriend Janice who is madly in love with him.

ALSO READ: There Might be Possibility for a Friends Reunion After All.


Previous article
6 Iconic Films That Starred Your Favorite Celebrities as Child Actors
Next article
Headspace Guide to Meditation on Netflix Worth The Watch?
Flickonclick

So, this long weekend, apart from festive moods, what are your plans? Planning on watching new shows with...
Entertainment

In today's Era audience has now shifted to online web series, OTT platforms such as Netflix, Amazon Prime, and...