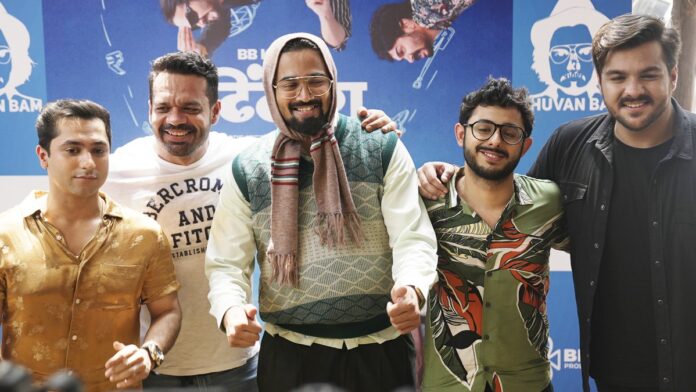 Youtube is the most popular video-sharing site, and it is Google’s fastest-growing platform. You can master anything and everything through Youtube, from cooking, and entertaining to studying. Everyone has a favorite Youtube creator whom they follow individually. Youtube is a one-stop shop for entertainment content. So, your hunt for top Youtubers in India has come to an end because we have the most accurate and up-to-date ranking of 2022.

Because of advertising on their networks or videos, Youtube has become an intriguing source of cash for Youtubers or individuals who contribute videos to the network. Naturally, many Youtube creators have established a lucrative career out of streaming video in India.

Here is a list of the 10 best Youtubers in India

carryminati is a well-known Indian Youtuber. Ajey Nagar is his real name. He was born on June 12, 1999, and is well-known for his roasting funny videos, humorous skits, game broadcasting, and responses to numerous online subjects. His initial Youtube page was STeaLThFeArzZ, but it failed. Then he termed it Carrydeol, but after a while, he changed it CarryMinati. Many channels have been inspired by CarryMinati and have launched their roasting stations.

In India, Ashish Chanchlani is a well-known and one of the most entertaining Youtuber.  His Youtube account is called Ashish Chanchlani Ki Vines. He established his Youtube page on July 6, 2009. In January 2010, his channel passed the ten million subscriber mark. He has nearly 29 million Youtube subscribers. He primarily makes hilarious videos on Youtube.

Gaurav Taneja, often known as the Flying Beast, is a well-known Indian Youtuber and vlogger who operates different channels: Flying Beast, FitMuscle TV, and Rasbhari Ke Papa. He is an aviator and fitness fanatic who vlogs his daily life for his admirers to see. His vlogs primarily document his family’s interests. The Flying Beast’s protagonists are his wife, Ritu Rathee, who is also a pilot, and his child.

Bhuvan Bam is one of the most popular Indian YouTubers who is well-known for his funny and double-entendre monologue jokes. He is not only a Youtuber but also an exceptional vocalist, and actor, and before his channel, he began his career as a musician in New Delhi bars. His most hilarious video to stream on Youtube is a mini-series Dhindore that will give you a stomach ache due to waves of laughter.

Amit Bhadana, 27, is a performer and comedian from Bulandshahar, Uttar Pradesh. In May 2020, he became the very first Indian Youtuber to reach 20 million users. However, because he was born and reared by very conservative parents, his family originally did not approve of his video sharing. However, they have come around just to accept him since they have watched his great career as a result of his videos throughout the years.

Harsh Beniwal is a well-known New Delhi-based Indian Youtuber, social media personality, content developer, marketer, internet star, and artist. He is well-known for his comic vines (Vine was a short-form video hosting company in the United States that allowed users to post six-second-long looping video snippets. It was established in June 2012. Vine garnered a variety of uses on Youtube, including short humor and music, acts, video work and stop-motion filmmaking), and he has also starred in a few movies, most famously in Student of the Year 2 with Tiger Shroff (2019).

Gaurav Chaudhary, popularly known as Technical Guruji, is a renowned Indian Youtuber and Social Media Celebrity who specializes in technology. Chaudhary is a nanoscience expert and entrepreneur who owns a security systems company in Dubai. In October 2015, he created his Technical Guruji Stream, where he primarily posted advice and customer feedback. It has grown in popularity across the country.

The CEO of imagesbazaar.com, Sandeep Maheshwari, is a well-known name on every list of the top Indian Youtubers. He started as a professional photographer in 2000 and has since evolved into a public speaker and businessman. Seven years later, he traded his camera and came to work for a marketing firm. Because he has had several ups and downs in his life, he is more relatable as a public speaker.

Bilal Shaikh, popularly known as Emiway Bantai, is a hip-hop artist from India who was born on November 13, 1995. He started rapping for fun at first, but it quickly became a love, and he turned his hobby into a career. He began working for a restaurant called Hard Rock Café. Making Hindi his speciality, he began making Hindi raps. His debut rap, Aur Bantai, was a huge success in 2014, and after that, there was no one restraining him.

Shubham Gandhi, Piyush Gurjar and Deepak Chauhan combined together to create a YouTube channel RealHit in 2015. They aim to spread positivity and make people laugh. RealHit has already amassed over 3 Million subscribers on YouTube and the numbers keep increasing every day. Their videos have been viewed by more than 62 Crore people. RealHit podcasts are a huge hit among viewers. Also, their hilarious videos will have you roll on the floor. Shubham, Piyush and Deepak are on the rise and we expect their channel to grow wonderfully in the upcoming years.

Previous article
8 Upcoming movies and shows releasing on Netflix in 2023
Next article
7 Upcoming web series and movies on Sony Liv, Zee5, and Voot in 2023
Flickonclick Team

Youtube premium has been getting much less traction as compared to its competitors for it's always perceived as...
Entertainment

TVF released a new mini-series – TVF Aspirants, a month ago and it has already won millions of...
Technology

YouTube Shorts: YouTube’s Attempt to Come Up as Tiktok Alternative

Youtube launched its short video app named 'Youtube Shorts' as a Tiktok alternative. They are focused on targeting...
Entertainment

Indian Sexy Movie List | 6 Best Sexy Hindi Movies to Watch Online: What are some of the...
Lifestyle

If you are a UPSC aspirant then you must know that each second and minute of your life...
Fitness

Are you suffering from not being able to workout in the gyms you recently paid for and got...
Talent

Shubham Gandhi, who gained quite a name for himself due to his successful sketch comedy YouTube channel that...
Entertainment

Who could have ever thought about Will Smith, who is one of the fittest people on this planet...