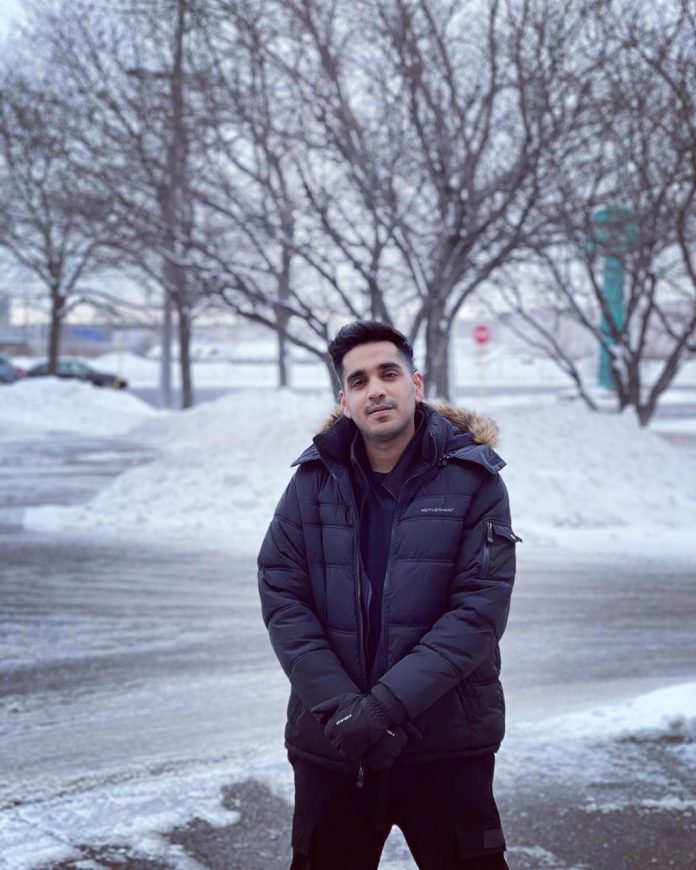 Shubham Gandhi, who gained quite a name for himself due to his successful sketch comedy YouTube channel that goes by the name RealHit, having 3 Million subscribers already is now making a shift to explore his music interests.

And we might have said that he’s making a shift but at current he’s doing more than just that. The reason being that he already has 06 Music Tracks out on his personal YouTube channel that goes by his name Shubham Gandhi.

Moreover, he has been featured on Televison media as well. More specifically two of his songs namely ‘Na Jane Kyu’, and ‘Girna Nahi’ have made their Television debut already.

Moreover, He is already getting praised and most of the videos are hitting at least 100K very soon after their release. The stats seem quite wonderful for someone who released his first song just five months back on January 2nd, 2021, when he started his music venture.His music will motivate you and entertain you at the same time.

Talking more about his primary channel, RealHit, which has a total of 3.17 million subscribers is also on the rise. With their relatable content, he along with 02 of his friends Piyush Gurjar and Deepak Chauhan are making sure to get a laugh out of you.

Now, why we say that he might appear soon in your feeds? You would want to know that, how wouldn’t you?

Well! For starters, great work knows no bounds and that’s the same with Shubham’s music is speaking for himself.You can tune into his music on Spotify, Gaana, Amazon Music, Jio Saavn, Wynk and other music platforms. Moreover, the way the YouTube algorithm works is that it pushes content that has a great engagement rate to your feed and by god’s virtue, Shubham’s new channel is already getting more than expected attention.

So, you might have understood the reason by now, at least we hope that you do. But if you haven’t then you need to go check for yourself by clicking here and checking out his social media platforms to see some of Shubham’s great work.


Do you also happen to know some of the uprising talents in the digital stream? Please do tell us about them as we’ll be more than happy to cover them and showcasing them to the world.

Why Sandeep Aur Pinky Faraar; Is Claiming All the Spotlight Since Its Release on Amazon Prime

Are you suffering from not being able to workout in the gyms you recently paid for and got...
Entertainment

Comedy has been reduced to vulgarity and offensive remarks in mainstream movies and shows. However, many web series...
Lifestyle

If you are a UPSC aspirant then you must know that each second and minute of your life...
World News

Floyd Mayweather is coming back in the ring for an exhibition match with Logan Paul on the 06th...
Entertainment

Music can help anyone with stress or anxiety and can help you relax. It does not matter where...
Technology

Youtube is one of the world's most popular video streaming services as of now. The scale of popularity...
Entertainment

Singer Rahul Vaidya has got huge popularity after he got featured in the most controversial reality show Big...
Entertainment