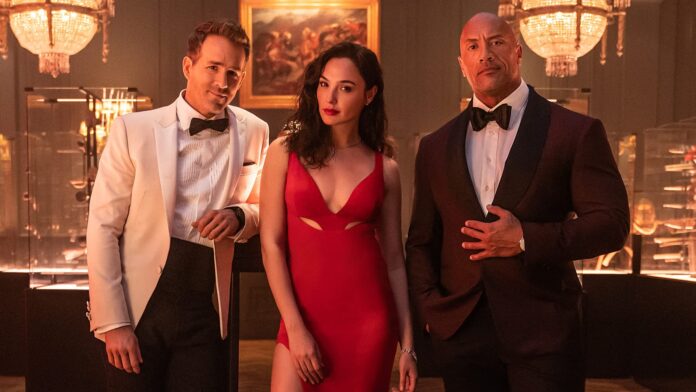 Watching good movies and web series in one’s own regional language is just satisfying on many different levels. One does not have to look for subtitles and the meanings that could not be grasped due to the complexity of language. If you are a Telugu-speaking person and want to watch the best Telugu dubbed Hollywood movies on OTT platforms, then you have arrived at the right place. Here, we have specifically catered to the demands of Telugu-speaking folks by bringing the top Telugu dubbed Hollywood movies. People who speak other languages and have stumbled upon this article, don’t be disappointed cause we have other movies list that you can check out to watch your favourite films in your regional language right now. 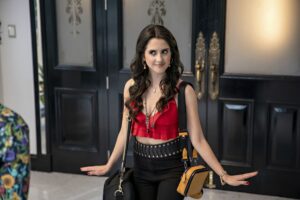 Dwayne Johnson, Gal Gadot and Ryan Reynolds star in this comedy movie that follows an FBI profiler who teams up with the art thief he is pursuing in order to catch a crook who is always one step ahead. It’s one of the best Telugu dubbed Hollywood movies to stream on the OTT platform Netflix.

A heartfelt Hollywood romantic drama that tells the story of an NYC hairdresser who gets the opportunity to work at the wedding of Prince Thomas. She develops a bond with Thomas, and together they embark on a beautiful journey of bittersweet moments. It is available on Netflix.

This Netflix Hollywood romantic comedy follows the story of the tallest girl in a high school who falls in love with a handsome foreign exchange student. However, she gets embroiled in a love triangle she had no idea about. Her fears and insecurities then start to rear their heads. It’s easily one of the best Telugu dubbed Hollywood movies.

Another teenage romantic drama that deserves at least a one-time watch due to its fun and bit of emotional concept. The movie follows a girl who ends up kissing the hottest boy in her high school. This leads to grave circumstances for her friendship with her best buddy. A sweet romantic comedy that deserves to be included in the list of best Telugu dubbed Hollywood movies. You can watch it on the OTT platform Netflix.

A recently released American action comedy that features Jamie Foxx in the lead. The film follows a doting and hardworking father who hides under cover of a swimming pool cleaner. In reality, he has superpowers which he uses to fight the vampires. This Hollywood movie is streaming in Telugu on Netflix.

Scarlett Johansson plays the titular character in this Hollywood action flick which follows a woman experimented upon by some people. She gains superpowers after the experiments, which she uses to dismantle those who have experimented on her. It’s a must-watch on this list of best Telugu dubbed Hollywood movies on OTT. It is streaming on Amazon Prime Video.

Robert Downey Jr portrays the famous character of the detective genius Sherlock Holmes in this Hollywood thriller. The movie follows Sherlock on his quest to find the answers to the series of murders. The search leads him to Professor Moriarty, who is portrayed as the arch-nemesis of Sherlock Holmes. You can watch it online on Amazon Prime Video in 2022.

Joseph Gordan Levitt delivered a mind-blowing performance in this movie. He stars as a pilot whose life is jeopardised when a few terrorists hijack his plan. The pilot then has the responsibility to save the passengers while dealing with all the pressure under the precarious situation. Watch now one of the best Telugu dubbed Hollywood movies on Amazon Prime Video.

Arthur Fleck, a party clown, leads an impoverished life with his ailing mother because society shuns him and brands him as a freak. He then decides to embrace the life of crime and chaos and turns into the Joker, the nemesis of Batman. Joaquin Phoenix is outstanding in this Hollywood Telugu dubbed flick on Amazon Prime Video.

10- Journey to the Center of the Earth

A scientist is searching for his lost brother with a mountain guide and his nephew. They stumble upon a mysterious place that’s filled with adventurous things that they thought did not exist in real life. Brendan Fraser, the man who has helmed various adventure movies, also features as the lead in this Hollywood film. It’s one of the best Telugu dubbed Hollywood movies on Amazon Prime Video.

Get ready to watch the best hollywood movies that are going to release in March 2021. It is...