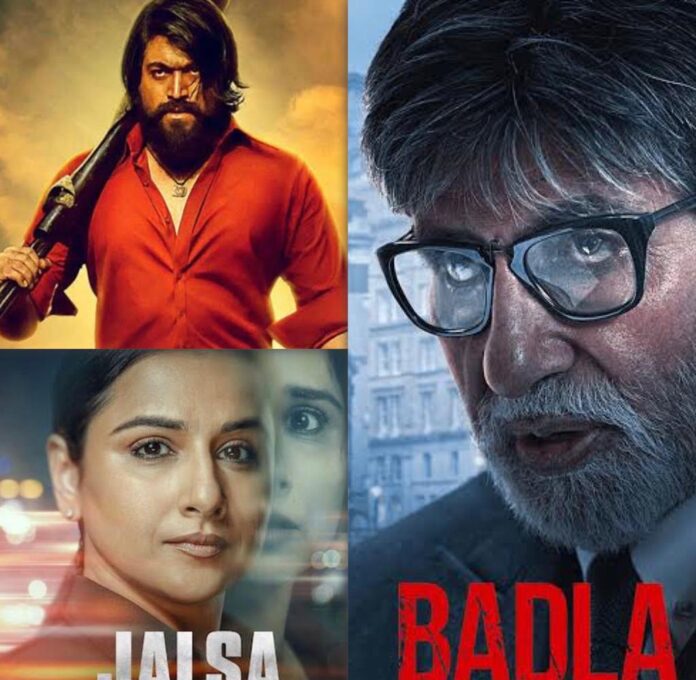 Hindi thrillers movies are still one of the most beloved categories, with millions of fans all over the world. It’s challenging to keep ahead of the finest thriller movies with so much content constantly produced and released each day, week, and month. To make your watchlist better, Flickonclick has summarized a list of the hit Bollywood thriller movies of 2022 that will undoubtedly give you goosebumps. Check out the best Hindi thriller movies of 2022 on OTT platforms like Netflix, Prime, and others that will keep you hooked all night. Stay on to the edge of your chair for an exciting binge-watching experience.

The plot revolves around a hit-and-run case involving an 18-year-old girl that puts a prominent reporter, a justice-seeking mom, a police officer, and the court process in a bind as it becomes more difficult to differentiate between good and wrong. Therefore, only to discover that there is no such thing as ultimate reality. The mystery thriller movie on Amazon prime video is a one-time watch. It stars Rohini Hattangadi, Shefali Shah, Manav Kaul, Iqbal Khan, Vidya Balan, and others in the major roles.

Talash is one of the Hindi thriller movies on Netflix that does an excellent job of sustaining suspense continuously, owing to the plot’s fairly slow tempo. Director Reema Kagti does an excellent job of gradually bringing the viewer into the film and then slamming the solution in your front at the end to surprise you. When they combine the talent of Aamir Khan, Kareena Kapoor Khan, and Rani Mukherjee, they produce one of the best Hindi thriller movies out today.

Looop Lapeta, created by Aakash Bhatia, is an adaption of the old-school movie Run Lola Run. While the film does not stand out as much as the original, it is worth seeing for the portrayals of Tahir Raj Bhasin, Taapsee Pannu, and Shreya Dhanwanthary. When her partner misplaces a mobster’s money, Savi is forced to run against the clock. However, she quickly becomes trapped in a time loop and must break free from a strange series of dead ends. Looop Lapeta is one of the best Hindi thriller movies on Netflix in Hindi, that you can stream in your free time.

KGF Chapter 2, starring Yash, hit the box office by wildfire after concluding with suspense. This Prashanth Neel production is probably one of the best Hindi suspense thriller movies of 2022 that is available on Amazon prime video. Hence, filled with aspects of tension, thrill, intrigue, and much more. Rocky, the new monarch of the Kolar Gold Mines, is introduced in the second part. He must, however, keep his kingdom. While he has a massive fan base, opponents and government officials plan to annihilate him. Sanjay Dutt, Raveena Tandon, Srinidhi Shetty, and Prakash Raj also appear in the major roles in the movie.

The forensic drama is about a serial murderer who targets young girls, and the mystery grows throughout the movie as you try to find out who did it. The film is set in Mussoorie, where this kind of occurrence has become common, in which a girl child goes kidnapped on her birthday and her corpse is discovered by police. So, to solve this crime, police opted to work with a forensic specialist, and after numerous futile attempts, they ultimately apprehended the killer with the assistance of a forensic expert. If you enjoy suspense movies, this is one of the must-watch crime thriller movies available to stream on Zee5.

Naina Sethi (portrayed by Tapsee Pannu), a young entrepreneur, finds herself in a challenging circumstance when she is suspected of murdering her lover Arjun (Tony Luke). It is one of the Bollywood suspense Hindi thriller movies on Netflix, full of unexpected twists that will have you gasping at every moment. When Naina’s counsel, Jimmy (Manav Kaul), informs her that he will send Badal Gupta (Amitabh Bachchan), one of the top lawyers who has never lost a trial in the last 4 decades.  Badal Gupta is not persuaded by the narrative Naina Sethi tells and finds several flaws in it. The tale unfolds, and the various shades of the personalities are represented at various points during the movie.

Chehre takes time to emerge, but once it does, you’re thoroughly immersed in it. While the start may seem slow, the film gradually draws you into the plot. When a deadly snowfall hits, an ad agency executive seeks refuge in an elderly guy’s house. He soon begins to mingle with his seasoned clan and becomes entangled in a battle between right and wrong, theft and retribution. He soon realizes that what appeared to be a game is a trap from which he cannot escape. Annu Kapoor, Amitabh Bachchan, Emraan Hashmi, Raghubir Yadav, and Dhrithiman Chatterjee feature in the major roles in the movie.

Haseen Dilruba, featuring Taapsee Pannu, Vikrant Massey, and Harshvardhan Rane, has been added to the list of Hindi thriller movies to watch in 2022. The film’s director, Vinil Mathew, transports you to a realm of murder, love, desire, and retribution. A woman becomes an accused in her husband’s death during a murder inquiry. As the interview progresses, she reveals dark and difficult information about her marriage, further complicating the case. Watch one of the best Taapsee Pannu crime thriller movies on Netflix.

Love Hostel is one of the ZEE5 original Hindi thriller movies that stars Bobby Deol, Sanya Malhotra, and Vikrant Messy in major roles. It is all about a young couple fleeing from a brutal mercenary. The only hope for the duo is to find a safe refuge where they may be united. However, as they travel into the forest, the mercenary follows them. The movie depicts the pair as they attempt to achieve their fairy-tale finale even though the odds are aligned against them. Love Hostel is a thrilling crime and drama that will put you on the edge of your chair from start to finish. Fans also like the writing and dialogue. As a result, it’s good one-time entertainment for moviegoers. 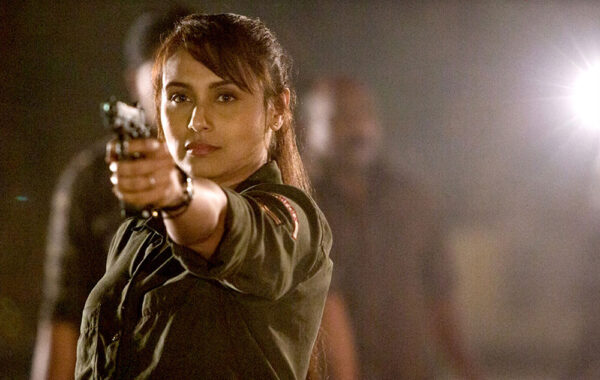 A tough lady cop takes down an unpleasant child sex trafficking group in Mardaani, which has an amazing run time of 114 minutes. Did she effectively overcome it? You’d most likely assume the easy explanation. This Gopi Puthran directorial, an urgent and fascinating film, steers with conviction in its technique and trusts in its original narrative. Mardaani is one of the best Hindi crime thriller movies available to stream on Amazon prime video that will keep you hooked till the end.

Are the new Bollywood movies releasing in theatres not enough to satisfy your urge for entertainment? Are you...