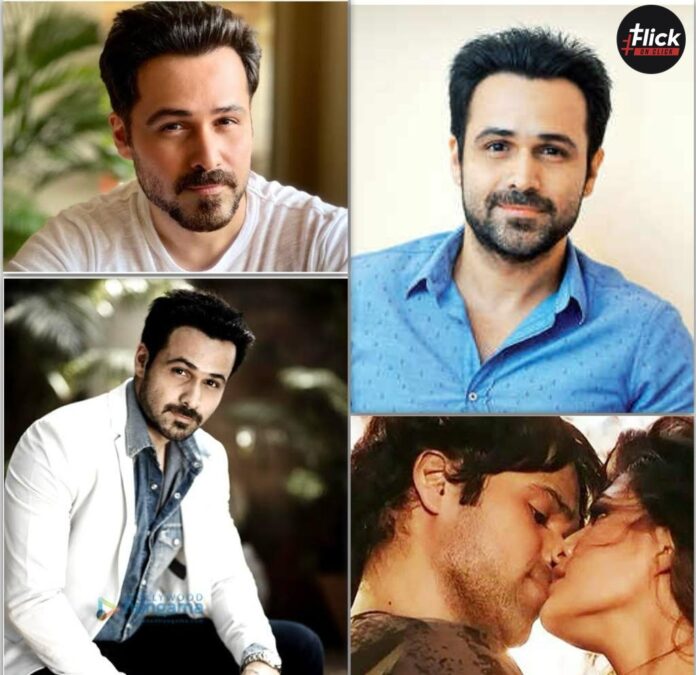 Emraan Hashmi was nicknamed the “serial kisser” of Hindi after his roles in Murder movie. Emraan couldn’t shake the stigma even after some amazing and hard-hitting portrayals in movies like Once Upon a Time in Mumbaai and Shanghai.

Beginning in Bollywood, the star has now found his way to OTT network Netflix with his incredibly compelling spy drama ‘Bard of Blood,’ which introduced a fresh and redesigned Emraan to the camera.

As the star enjoys his 43rd birthday, here are 7 of his best movies for everybody to enjoy.

Murder is based on the Hollywood film Unfaithful and follows Simran (Mallika Sherawat), who is dissatisfied in her wedding to Sudhir, a hardworking man (Ashmit Patel). She later finds refuge in a heated affair with Sunny (Emraan Hashmi). However, the shame overpowers her, and she abandons him.

Sunny, on the other hand, is not ready to stop the connection and will have her at any risk. Anurag Basu’s manner of cinematography keeps the viewers hooked to their seats. The movie’s songs also helped it attain massive popularity amongst the public. Songs like Kaho Na Kao and Bheegay Hont Tere, for instance, became chart-topping hits.

Jannat, directed by Kunal Deshmukh and filmed by Mukesh Bhatt, is an Indian murder thriller that features a never-before-seen combination of Emraan Hashmi and Sonal Chauhan. The romance melodrama, a global triumph, was praised not only by fans but also by critics.

The film follows the path of a street smart youth who is mostly concerned with making quick large money. To do this, he transitions from small-time card gambling to becoming a professional gambler, which works brilliantly for him. With this money, he impresses Sonal’s character, and thus his love story begins.

Dirty Picture, based on the life of Southern Sensation Silk, is one of Emraan Hashmi and Vidya Balan’s greatest portrayals. Reshma, an impoverished girl with an expensive figure, aspires to be a celebrity. When a director approaches her about doing an item number in his movie, she agrees to become the industry’s sex icon.

Her true test arrives in everyday life when she is removed from her movies due to the jealously of siblings and is compelled to endure a life of loneliness. Silk now knows how limited the life of a celebrity is in this society that holds dark secrets close to its rotten heart, with only her arch-foe to support her.

Awarapan was a riveting drama that depicted diverse emotions such as love, passion, and deception. The plot of the film recounts the journey of a guy named Shivam (Emraan Hashmi). Shivan was a devastated man who had given up on love. Moreover, to avoid the shadows of his history, Shivam devotes his entire life to his gangster master in Hong Kong.

His boss instructs him to keep a keen watch on his lover Reema (Mrinali Sharma). Shivam starts to live life anew after taking quality time with her. After being an unbeliever, he comes to smile again, lives in the moment, and even begins to believe in God. Although, Emraan Hashmi’s portrayal in the film earned a lot of attention because, for the first time, he walked away from his chocolate boy reputation and played a serious character with complete conviction.

Dil Toh Baccha Hai Ji, directed by ace cinematographer Madhur Bhandarkar, is a romantic comedy starring Emraan Hashmi, Ajay Devgn, and Omi Vaidya in major roles. Emraan Hashmi was in his own playing the character of a gym trainer and playboy. Hence it was comparable to many of the characters he played in the initial stages of his life.

Emraan’s flatmates are played by Ajay and Omi. Dil Toh Baccha Hai Hai Ji was a story about three middle-aged guys who were looking for the love of their lives. Each of their quests comes with its own set of obstacles, which contribute to the film’s hilarity. Overall, the film was entertaining and enjoyable to see even now.

There is an underworld crime network in the drug-addicted region of Goa that relies on trafficking teenage females. Among the demons, meanwhile, a new devil has arisen who is ruthlessly murdering female prostitutes.

However, Investigator Arjun Bhaagvat, who sells his dignity for a few dollars every day, is attempting to track down this enigmatic killer. When his lover Priya is abducted by the famed serial murderer, the problem becomes personal for him.

Nandita and Yash are a perfect couple on their way to a prosperous and comfortable existence. Their story takes a turn for the worst when Nandita becomes possessed and is subjected to a series of assassination attempts. Hence, Prithvi, a lovely stranger who claims to have all the answers, comes to her aid.

Moreover, It is up to Prithvi and Nandita to uncover the mystery that has been plaguing these two strangers and has brought them together against a shared foe. This Emraan Hashmi film packs a punch of romance and scary drama that is still entertaining to watch nowadays time.

Previous article
How to watch 83 Movie for free with Netflix and Hotstar subscription?
Next article
7 Hidden relationships in Bollywood that are Quite Shocking
Flickonclick Team