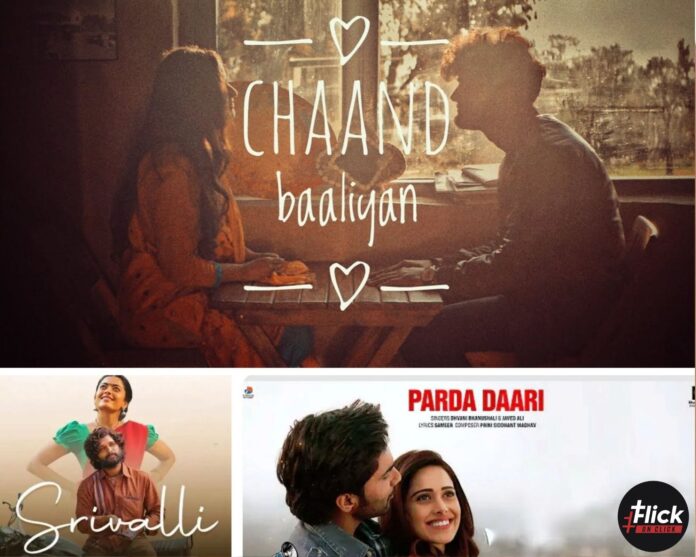 Feeling under the weather due to a meeting gone wrong or a relationship problem, or just generally overwhelmed by too many emotions? Here’s what you can do- Listen to some beautifully sung Hindi songs of 2022 to uplift your mood instantly. A lot of albums have been released in the year so far, but most of them are concerned with commercially popular raps that just go way over almost everyone’s head. Today, we take a look at real music, the way the songs are actually meant to be songs. The soothing voice of the artists from these songs will help you refresh and look forward to upcoming opportunities and chances.

Chand Baaliyan is one of the most viral Hindi songs of 2022 for all the right reasons. The song instantly reached the top due to its melodious core that just compels you to sing along. One might forget all his problems while admiring this spellbinding song. Sony has officially taken over the rights of this song after the massive success it garnered.

Sang by the duo of Sachet Tandon and Parampara Thakur, Maiyya Mainu from Jersey film has become the love anthem of the current season.

This line from the song will have you singing along for sure. Nothing more needs to be said; you have to listen to this pure song to experience the magic.

Sonu Nigam is back with a song that will uplift your spirits with heart-touching lyrics. The song is part of Aamir Khan’s Laal Singh Chaddha, which will release later this year. Main Ki Karaan has set the stage for Aamir Khan to deliver another superhit.

Whistle Baja is back with its iconic tune that ruled the hearts at the time of the release of Heropanti. A.R. Rahman has composed the song and took it one level higher than the last time. So far, it’s the dancing anthem of 2022 with its catchy and vibrant lyrics.

Sorry to say, but we have to nominate Naacho Naacho as well for the dancing anthem of this year. The song has one of the most electrifying videos for any song released this year. One can resonate with the energy in the voices of Vishal Mishra and Rahul.

Srivalli song from Pushpa: The Rise was an instant hit that spawned many social media trends. The song became one of the most heard songs from a Tollywood film ever in the Northern region of India. It has all the cheery and happy vibes.

Saami Saami sang in Hindi by Sunidhi Chauhan is another one of the songs that went viral in 2022. The song is filled with good vibes and cheery feelings. One can rejoice with happiness while playing this song on a loop.

It would be criminal to not have Shreya Ghoshal on this lift. She always puts out one of the best songs with her beautiful voice. Chaka Chak is a cheery song that makes you forget about your worries. In addition, A.R Rahman’s music elevates this song further.

Parda Daari is a soothing song that will engulf you with its enchanting lyrics. Javed Ali makes a return on this list with Dhvani Bhanushali. The song will be featured in the upcoming film Janhit Mein Jaari starring Nushrratt Bharuccha in the lead role.

How could the list of best Hindi songs of 2022 be completed without having a song from Arijit Singh and Mithoon? It can be termed the love anthem of this year. The song will calm you while touching the deepest chords in your heart.

Trending Songs You Should Dance On This Holi

Holi is one of the most awaited festivals in India, right? It is so colourful and cheerful. But,...
Entertainment

Darshan Raval has come a long way since his stint in the reality TV show which helped him...
Entertainment

Some people require absolute silence to take naps, while others want some background music. Some songs can have...